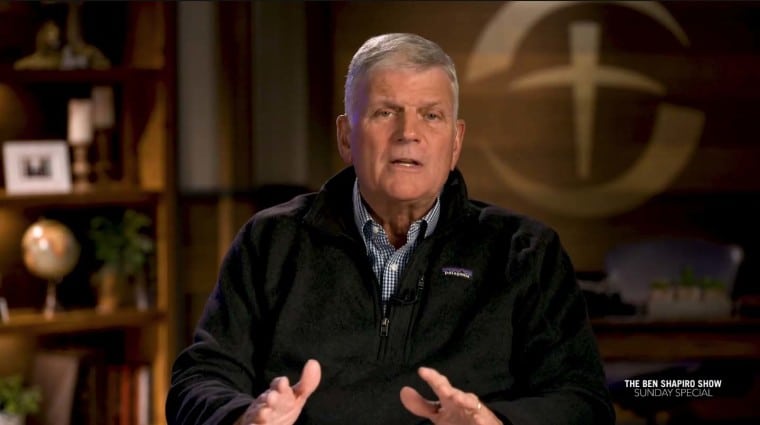 (OPINION) CP – Prominent evangelist Franklin Graham warned of “all-out socialism” if Americans do not vote for leaders who “love this country, defend the Constitution, & support law & order.” In a Twitter thread Monday, Graham warned about the consequences of complacency from evangelical conservatives and “every person who loves this country.”

In a subsequent tweet, he described the violence and unrest in Portland, Oregon, as “an example of what will take place in other cities if Americans do not take a stand in defense of the nation—through the power of the vote.” “Socialism is dangerous, and we have a party and many politicians who are flirting with all-out socialism,” he stressed.

“I would encourage every person who loves this country to pray & to turn out by the millions to vote. Don’t just watch the news & be depressed—stand up for America! Vote for leaders who love this country, defend the Constitution, & support law & order. Most importantly, pray.” During the previous election in 2016, Graham made a similar warning, saying that America’s new enemies are “progressives” and “godless secularism.” He also described the presidential election taking place that year as the “most critical in our lifetime.” READ MORE