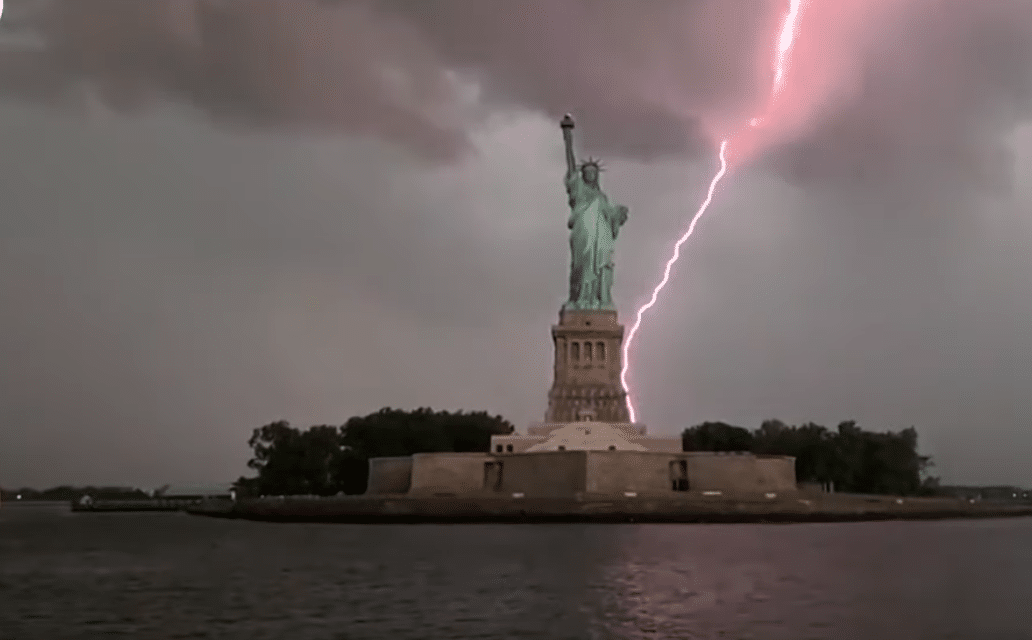 OPINION (ETH) – Two events just took place that has many believers wondering if God Almighty is sending yet more warnings to the United States of America? The first event was an intense lightning storm that recently took place over New York City that resulted in lightning striking Lady Liberty and was captured on video.

The second event was a series of powerful thunderstorms recently besieged Washington, DC, and surrounding areas on Thursday night, producing intense lightning to light up the night skies, prompting some to even speculate whether the gods were angry or if aliens were finally attacking our planet.

Some even say it was yet another “Prophetic Harbinger” indicating troubling times in the days ahead for the US. According to The National Weather Service, a severe thunderstorm warning was issued for Washington, DC in the midst of a spate of extreme weather across the eastern seaboard of the US in recent days.

Eyewitness video uploaded to social media captured the ferocity of the terrifying tempest. According to RT News, “Footage of the Capitol being bombarded by bolts from above-prompted jokes and GIFs galore on social media, as apparently avid film fans speculated about angered gods, attacking aliens, time-traveling terminators, and impending natural disaster.” This comes only a month after a freak lightning storm struck the same region is Washington resulting in lightning striking the Washington monument.