Brightest Comet In 7 Years Is Coming In July That Won’t Be Visible Again for Over 6,000 Years 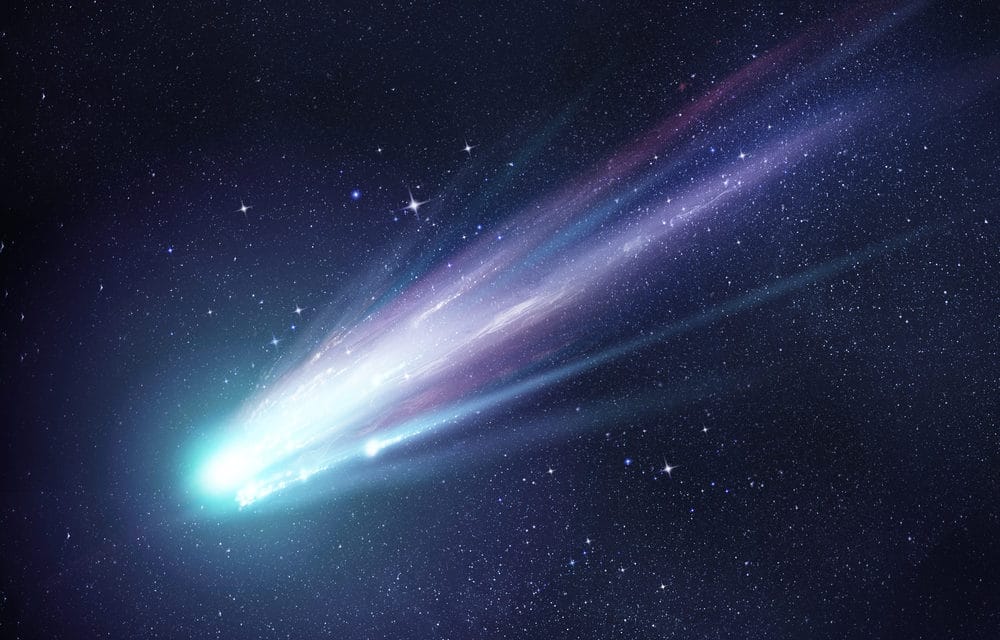 (ETH) – A surprise comet called C/2020 that could be the brightest comet visible in seven years is going to be visible later this month and will not be seen again for nearly six thousand years. This comet was first spotted On March 27th, where astronomers first observed a dim little comet flying by our planet using a system called “Near-Earth Object Wide-field Infrared Survey Explorer” which is a space telescope launched by NASA more than a decade ago.

According to the report, The astronomers cataloged the comet and didn’t think much of it at the time as it was nowhere near bright enough to be visible to the naked eye. But, after surviving a flyby approach to the sun, it seems as though the comet is boomeranging back toward Earth and is already bright enough in the sky to be viewed with the assistance of simple binoculars.

With a bright nucleus and prominent tail, it will be much more pronounced than the last two comets that were predicted to be “knockouts”.  According to Space.com, this comet could be the most visible in the evening sky starting on July 12th.

That is when it will appear low in the northwest sky and will continue to climb even higher in the following days. On July 22nd, it will make its closest approach and on July 25th, it will appear some 30 degrees up from the west-northwest horizon just after the sun sets, creating the potential for excellent comet spotting.