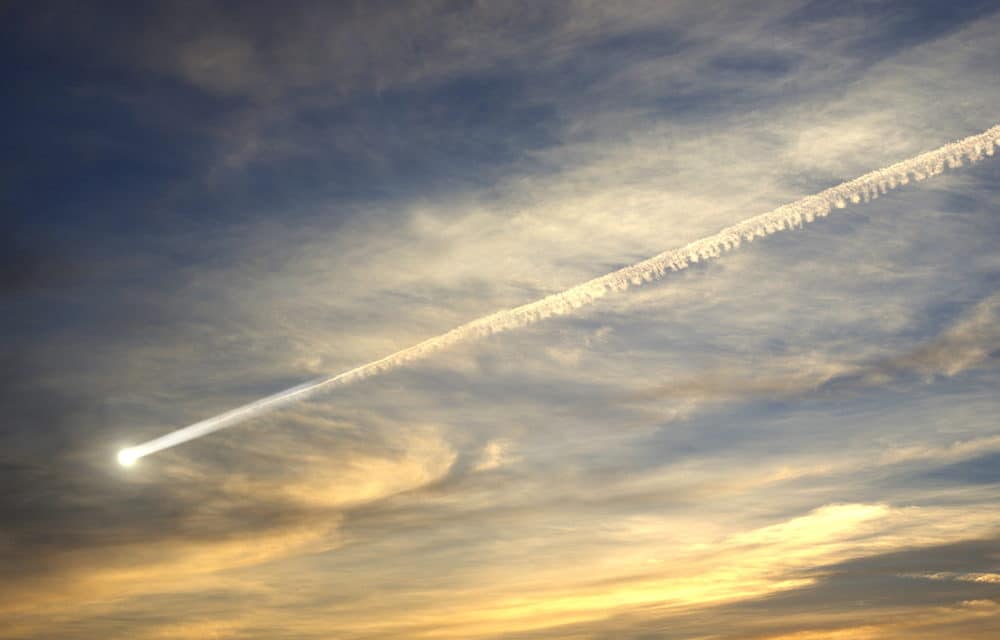 (ETH) – A huge fireball flew across Japan’s capital of Tokyo on July 1st and was seen by many who reported hearing a sonic boom minutes after the meteor exploded, which is considered a rare event according to a report from the Watchers.

According to the report. Daichi Fujii, a curator at Hiratsuka City Museum in Kanagawa Prefecture, witnessed the spectacular phenomenon with a camera installed at his residence. The fireball reportedly traveled from west to east.

Many residents in Japan reported hearing a sonic boom only minutes after the fireball exploded in the sky.  “A few minutes later, I heard a roar that could be heard indoors, which may be relevant,” one of the locals said. “I thought a person living [in the condo] above knocked down a shelf,” one Twitter user wrote. “I thought my child sleeping on the second floor fell out of bed,” another one posted. Others said the explosion sounded like thunder.