America’s Major Cities Are Being Turned Into War Zones, And It Is Not Going To End In November 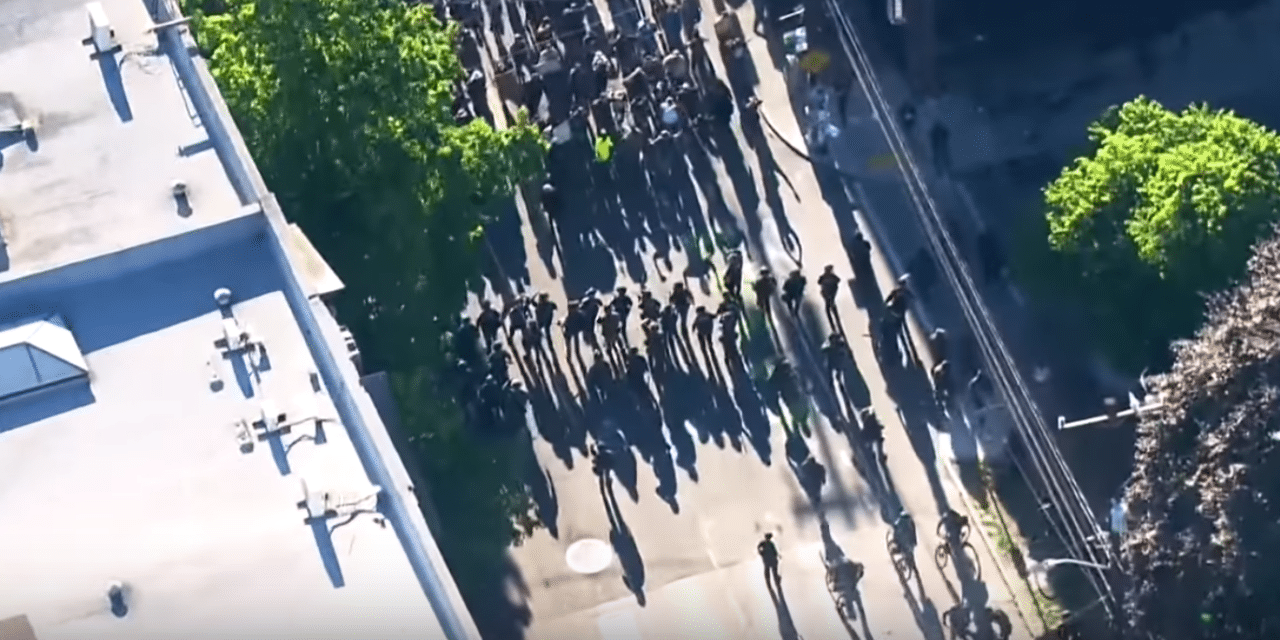 (OPINION) Michael Snyder – The civil unrest that we witnessed all across America this weekend was extremely alarming. For a few weeks, it seemed like the chaos that erupted in the immediate aftermath of
the tragic death of George Floyd was subsiding, but in recent days there has been a dramatic resurgence.

Within the last 48 hours, there have been eruptions of violence in major cities such as Seattle, Portland, Atlanta, Chicago, New York, Los Angeles, Oakland, Louisville, Austin, and Richmond. At this point, we have seen sustained protests and rioting for nearly two months straight, and it looks like the chaos isn’t going to disappear any time soon.

Over the past few weeks, a few people have written me emails suggesting that the civil unrest will disappear if Joe Biden wins the election in November. But I don’t believe that this is true.  Virtually all of the rioting is happening in cities that are controlled by Democrats, and the leftist politicians that run those cities do not have any control over the Marxist protesters at all. For example, just look at what has been happening in Seattle and Portland.

The politicians that run those cities are radical Democrats, and yet those radical Democrats have been completely and utterly unable to end the violence.  The following comes from the Daily Mail… The streets of Seattle turned violent Saturday when protesters set fire to a youth detention center and a police precinct.

Other protesters threw rocks, bottles, fireworks, and other explosives at cops, with the unrest leading local authorities to declare protests had turned into ‘riots that afternoon’. Portland geared up for its 59th night of unrest Saturday with swathes of demonstrators marching from the federal building to the Portland Marriott where they believe federal officers are staying, in the wake of a violent night Friday that ended with at least one person stabbed.

To me, it is absolutely amazing that Portland has had 59 days of protests in a row. One man that actually lives in downtown Portland says that his neighborhood has essentially been turned into “a war zone”… Gabriel Johnson has lived in the Essex House Apartments in downtown Portland for seven years. He has loved it — until now.

“I compare it to a war zone and some people will take that and say he must be exaggerating but no,” said Johnson. Johnson said he is kept awake by the nightly demonstrations taking place just two blocks from his home. The sounds of fireworks and flashbangs, he said, are overwhelming. The tear gas is bad, too. READ MORE