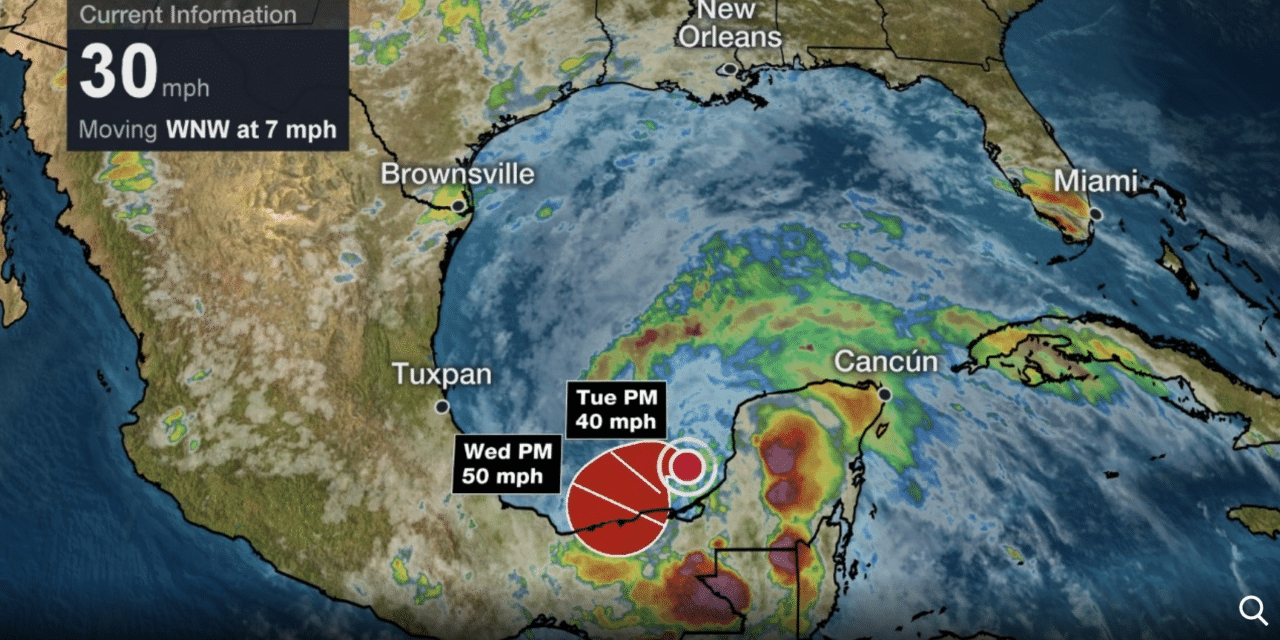 (TWC) – Tropical Depression Three formed Monday afternoon in the southwestern Gulf of Mexico on the first official day of the 2020 Atlantic hurricane season. This new tropical depression is located about 70 miles west-southwest of Campeche, Mexico, and is moving west-northwestward at 5 to 10 mph. Its maximum sustained winds are currently 30 mph.

The National Hurricane Center is predicting the depression will strengthen into a tropical storm Monday night or Tuesday. If so, it will earn the name Cristobal. A tropical storm warning has been posted along the Mexican coast from Campeche westward to Puerto de Veracruz. This means tropical-storm-force winds (39-plus mph) are expected somewhere within the warning area within 36 hours.

The latest forecast from the National Hurricane Center shows that this system is likely to linger in the vicinity of the southwestern Gulf of Mexico for several days this week. After that time, there is the possibility it could eventually move northward through the Gulf of Mexico toward the Gulf Coast of the United States by this weekend, as suggested in the latest National Hurricane Center five-day forecast. It’s also possible this system could remain stuck in the southwestern Gulf of Mexico and move inland over southern Mexico. READ MORE