These three ancient discoveries could prove the Bible was right 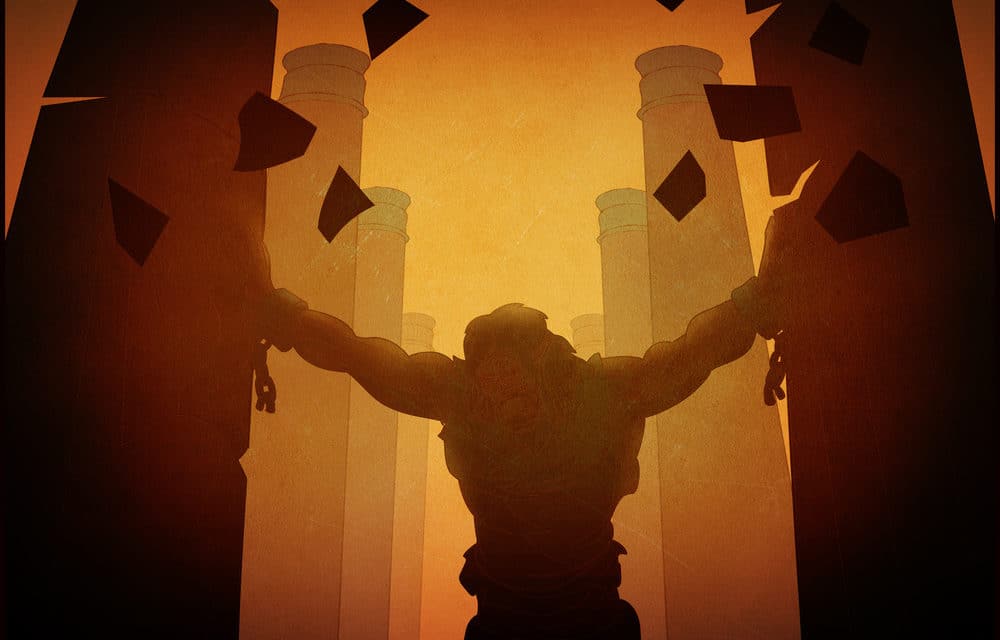 (OPINION) ETH – Could recent archeological findings in the Mideast prove the validity of the Bible concerning the story of Samson? One Bible expert is claiming it does. This alleged Bible expert recently told Express.co.uk there could be archaeological evidence to confirm some of the incredible stories penned in the Bible’s Old Testament.

According to this Professor named Tom Meyer, who is a college professor at Shasta Bible College and Graduate School in California, there are three ancient discoveries that are directly linked to the tale of Samson. In the Old Testament, Samson whom the Bible declares one of the Heroes of the Faith was a powerful Israelite warrior who was used by the Lord the ward of the Philistines and was known for the strength in his long hair that was eventually cut through the seduction of Delilah.

Professor Meyer went on to say that “Three archaeological objects have been unearthed that help us measure the historical accuracy of the Biblical strongman Samson. “According to the Bible, Samson judged Israel during the ‘time of the Judges’ a period of 300 years before Israel had its first king – 11th to 14th century BC.  “One of these archaeological objects represents the occasion when Samson encountered a lion and tore him apart with his bare hands.”

This object is a small stone seal discovered by archaeologists in 2012 that was dated back to the 12th century BC and depicts a strongman confronting a lion without a weapon in his hand. In the Bible, Samson is said to have killed a lion with his bare hands.

This event is mentioned in Judges 14 in the Bible, where it reads: “The Spirit of the Lord came powerfully upon him so that he tore the lion apart with his bare hands as he might have torn a young goat.” Professor Meyer claims: “The small seal, only 15 mm in diameter, was found at the city of Beth-shemesh, a hub city in the Biblical lowlands that was within eyesight of Samson’s home city of Zorah and a short walk from Timnath, the place where Samson slew the lion.”

The second discovery that Meyer claims support the account of Samson killing Israel’s enemies in a great feat of strength was found in the Excavations that took place from 1971 to 1974 north of Tel Aviv in tel Qasile, that may have found a 12th century BC temple from the Old Testament. Meyer states that: “According to the Bible after Delilah cut Samson’s hair, he was taken captive by the Philistines.

“When the rulers of the Philistines held a great festival to honor Dagon – their god – for capturing Samson, the blinded hero was called from prison and ordered to entertain them. “The temple where they celebrated was filled to capacity with an overflow of 3,000 guests on the roof.

“Rocking furiously back and forth between the cedar pillars supporting the roof, Samson broke the pillars and the roof collapsed killing Samson and all the Philistines present.”

He also states that the excavations at tel Qasile also uncovered ancient limestone pillars that likely supported a roof. However, Professor Meyer said: “It is uncertain if the temple at tel Qasile is the actual Temple that Samson brought down but every Philistine temple excavated in Israel has a similar architectural plan.”

And finally, The last discovery is a fifth century AD synagogue that was unearthed back in 2011 in the city of Huqoq near the Sea of Galilee. It is here that Professor Meyer states: “The exposed mosaic floor depicted two incredible scenes from the life of Samson.  “The first is the account of Samson catching three hundred foxes, tying their tails together with a cord and then tying lit torches to the cords and setting the foxes loose to destroy the entire spring crop of the Philistines.

“The other mosaic depicts Samson carrying the gates of Gaza to a hill near the biblical city of Hebron. “In every instance where the archaeological findings relate to the Biblical account of Samson, the archaeological evidence confirms the record of Samson.”