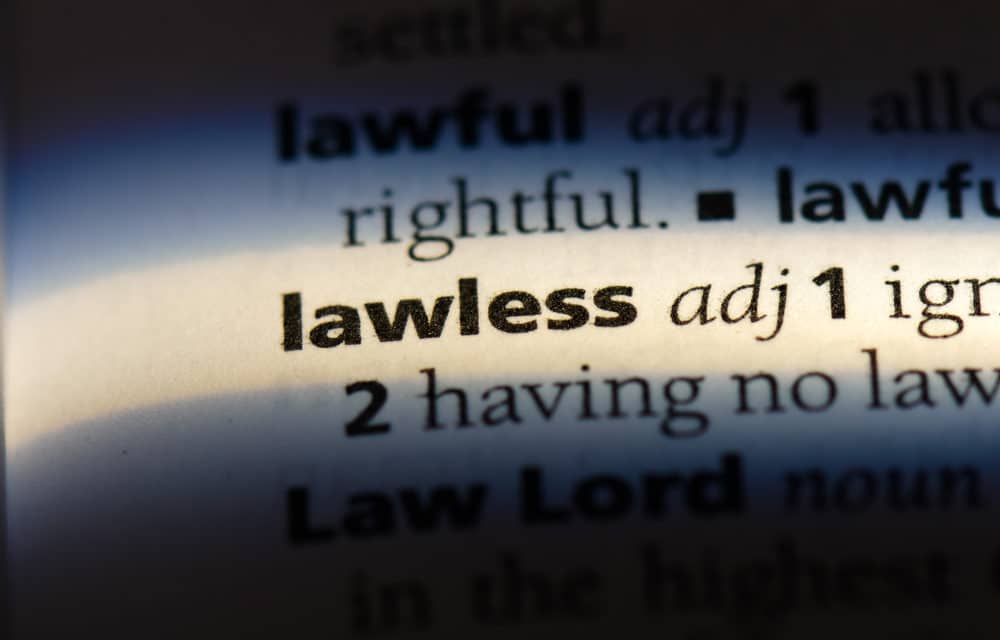 (OPINION) ETH – The World is now watching the United States begin to implode from what was in the beginning “peaceful protests” following the terrible and uncalled for knee to the throat from the Minneapolis police officer resulting in the death of George Floyd, that has now transformed into violent riots, looting, and lawlessness that has spread nationwide, and while many are focused on flesh and blood in regards to skin color, demographic, and even political factors, I want to emphasize the spiritual aspect of what I believe is taking place right now.

First off the Word of God tells us that we do not wrestle against flesh and blood, but we are contending against principalities, against powers, against the rulers of the darkness of this age, against spiritual hosts of wickedness in the heavenly places. – Ephesians 6

Therefore, Being that the enemy comes to kill, steal, and destroy, we can assert that the puppet master pulling the strings of violence, destruction, and murder that we are witnessing is not a specific race, ethnicity or social status of people but is none other than Satan himself. Even the Word of God plainly makes this distinction in 1 John 5:19 – We know that we are of God, and the whole world lies under the sway of the wicked one.

The word “Sway” here has the meaning of being under the influence of or persuaded by. In other words, If we are not “Born Again” and have the Holy Spirit living on the inside of us than we are merely walking according to the course of this world and being an unknowing vessel for Satan to use to carry out his agendas in the earth. This is what the Apostle Paul emphasized below:

And you, He made alive, who were dead in trespasses and sins, 2 in which you once walked according to the course of this world, according to the prince of the power of the air, the spirit who now works in the sons of disobedience, 3 among whom also we all once conducted ourselves in the lusts of our flesh, fulfilling the desires of the flesh and of the mind, and were by nature children of wrath, just as the others. – Ephesians 2:1-3


Now that we have exposed who is ultimately behind the evil and destruction happening across America right now, I want to go a little deeper here and speak “prophetically” in regards to where this is leading and why it’s important to be paying attention right now. In the Bible, Jesus told us that one of the signs of his coming before the time of the end and his return would be what is called a time of “Distress of Nations” with “Perplexity”. These phrases were found in the following passage below:

“And there will be signs in the sun, in the moon, and in the stars; and on the earth distress of nations, with perplexity, the sea and the waves roaring; – Luke 21:25

Based on this passage alone, Jesus warns us that in the time of the end we would see Nations begin to buckle under stress and turmoil that would actually produce mass confusion, chaos, and despair. What we are witnessing right now definitely falls into that category. Something else interesting to point out here us that the Greek word for “Nation” is the word “Ethnos” where we derive the term “Ethnicity” from. Jesus stated that we would see in the last days, “Ethnos rise against Ethnos” or Nation rise against Nation” before the coming of the Lord.

As sad as this is, to even report, where is all this leading? The answer is, it is leading to the appearance and arrival of the coming Antichrist of the Bible. Let me explain in more detail. One of the identities used to identify the coming Antichrist in the Bible is the term “Lawless One”. This phrase was coined by Paul the Apostle in the book of 2 Thessalonians Chapter two, where he warns the Church of the soon arrival of this man that would come on the scene and deceive the masses in the end times.

5 Do you not remember that when I was still with you I told you these things? 6 And now you know what is restraining, that he may be revealed in his own time. 7 For the mystery of lawlessness is already at work; only He who now restrains will do so until He is taken out of the way. 8 And then the lawless one will be revealed, whom the Lord will consume with the breath of His mouth and destroy with the brightness of His coming. 9 The coming of the lawless one is according to the working of Satan, with all power, signs, and lying wonders, 10 and with all unrighteous deception among those who perish because they did not receive the love of the truth, that they might be saved. 11 And for this reason, God will send them strong delusion, that they should believe the lie, 12 that they all may be condemned who did not believe the truth but had pleasure in unrighteousness. – 2 Thessalonians 2:5-12

Something very important to point out here is that before the “Lawless One” makes his grand appearance the earth has to be conditioned for his arrival and that is done with the “Spirit of Lawlessness” that will be unleashed to prepare the way for the Antichrist. This is clearly seen above in the passage written by the Apostle Paul where he states “The mystery of lawlessness is already at work”. I believe the enemy is working overtime in this hour to unleash lawlessness to fill the earth to prepare the way for the man of the hour that all Hell is anticipating to make his grand appearance.

The bad news is that it’s only going to get worse as we near the end. In fact, Solomon stated that “that which WAS, is that which shall BE, There is no new thing under the sun”, therefore, If we pay attention to things in the past we will know how things will transpire in the future. Jesus even told us that “as it were in the days of Noah and Lot, so shall it be at the return of the son of man”. What’s interesting about that, is the fact that when we go all the way back to the time of Noah, the bible tells us that “Violence filled the entire Earth and that it grieved the Lord” leading to the destruction of the Earth by a flood. I believe it’s safe to say this will happen again as far as the violence covering the Earth but the good news is that according to the Apostle Paul, the Lord will consume the Antichrist with the breath of His mouth and destroy him with the brightness of His coming!