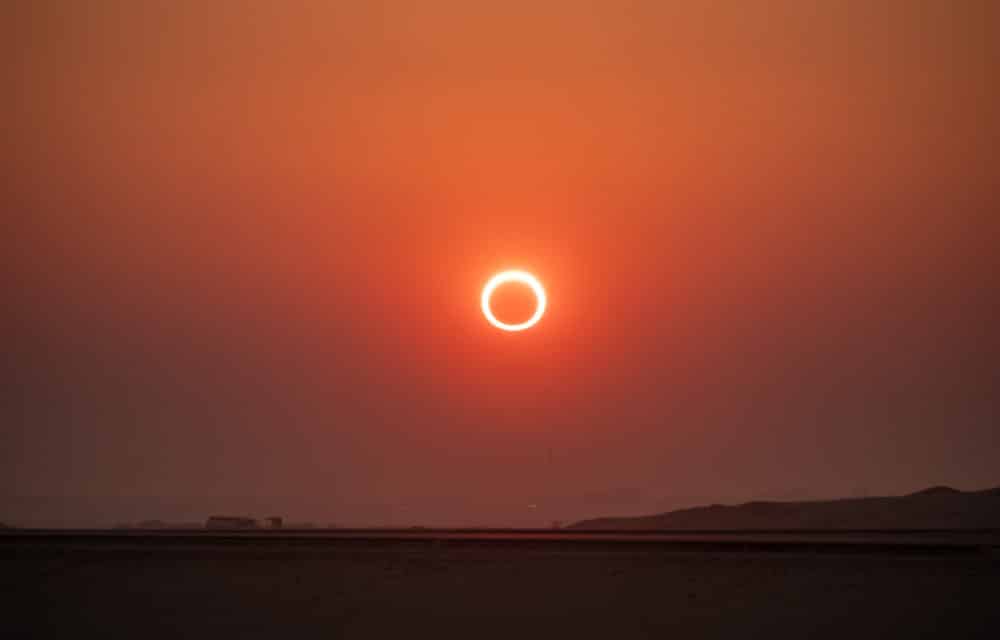 (Newsweek) – This month, a spectacular “ring of fire” solar eclipse will be visible from some parts of the world, just a day after the June solstice. Solar eclipses occur when the moon moves between the sun and Earth, blocking the star’s light and casting a shadow on parts of the Earth (the shadow is never big enough to cover the whole planet at once.)

There are four main types of solar eclipse, but the one that will begin at 12:47 a.m. EDT on June 21 is known as an “annular eclipse.” These astronomical events occur when the moon is at apogee—its farthest distance from the Earth—and passes directly in front of the sun.

At maximum eclipse, the moon’s disk covers the vast majority of the sun, apart from the star’s far outer edges, which remain visible as a “ring of fire” in the sky, EarthSky reported. The ring of fire will only be visible to people living along the centerline, which begins in the Republic of the Congo in central Africa, extends through countries including Ethiopia, Pakistan, India ad China, and ends in Taiwan. READ MORE