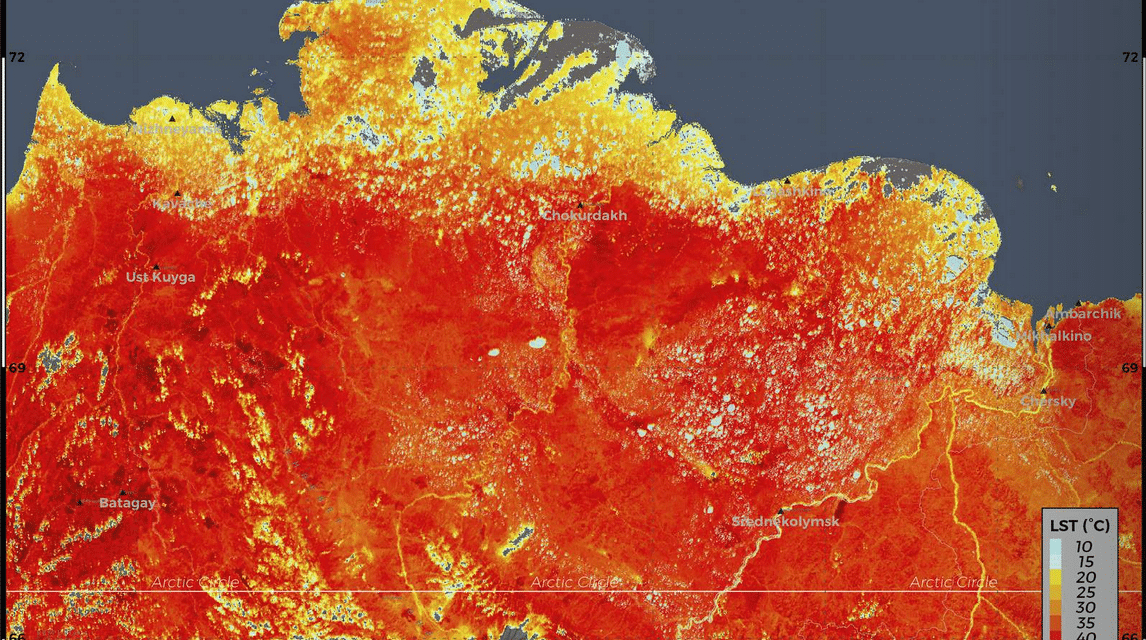 (KSAT 12) – The Arctic is feverish and on fire — at least parts of it are. And that’s got scientists worried about what it means for the rest of the world. The thermometer hit a likely record of 38 degrees Celsius (100.4 degrees Fahrenheit) in the Russian Arctic town of Verkhoyansk on Saturday, a temperature that would be a fever for a person — but this is Siberia, known for being frozen.

The World Meteorological Organization said Tuesday that it’s looking to verify the temperature reading, which would be unprecedented for the region north of the Arctic Circle. “The Arctic is figuratively and literally on fire —

it’s warming much faster than we thought it would in response to rising levels of carbon dioxide and other greenhouse gases in the atmosphere, and this warming is leading to a rapid meltdown and increase in wildfires,” University of Michigan environmental school dean Jonathan Overpeck, a climate scientist, said in an email. “The record warming in Siberia is a warning sign of major proportions,” Overpeck wrote. READ MORE