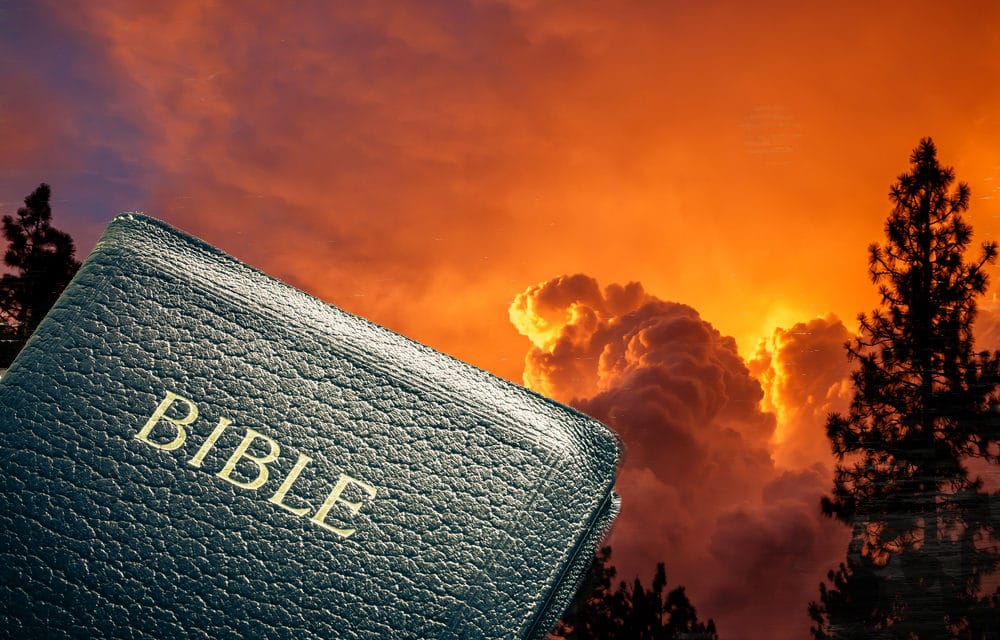 (OPINION) ETH – Most people have heard of the Antichrist and many novels, movies and sermons have been centered around this man who will rise in the time of the end, however, there is not as much emphasis on the other man who will actually rise up in power and work alongside him during the time of the tribulation mentioned in the Book of Revelation.

This individual is known as the “False Prophet”. His profile is mentioned in Chapter thirteen of the Book of Revelation: 11“Then I saw another beast coming up out of the earth, and he had two horns like a lamb and spoke like a dragon”

The first beast that rises from the sea in Chapter thirteen is the Antichrist, while the second beast here is the “False Prophet” that will rise among civilization or among those in the earth. This is the only place in the entire New Testament where the term “lamb” here is not a symbol of Jesus Christ but is clearly an indication that whoever this man is,

will be a false christ or one who will appear as Jesus but his true nature will be evident by the one who will be speaking through him or empowering him to speak. Which is the Dragon. Who is the Dragon? None other the Satan himself. Just who this False Prophet will be has been the topic of controversy and discussion among many Christian circles for years.

The Bible also states that this individual will have two horns on his head which represent authority. Many scholars and theologians believe that the two horns here can represent that this man, whoever he will be will exercise authority over a political head and a religious head. Some have noted that this man will demonstrate two religions in the future which will be apostate.

Many also conclude that he will pull two major religions together in the time of the End as one “Global Religion” and form an end-time apostate Christianity that will deny the very deity of Christ and will lead multitudes into error and apostasy, pointing them to the first beast which is the Antichrist.

Many that teach eschatology in the protestant and even catholic faith have believed for years that the false prophet will be either be an apostate pope or an invalidly elected pope that will rise to power in the last days. Only time will truly tell regarding this, however, this false prophet will most likely have the same religion and belief system as the Antichrist whomever he will be.

Being that the main theme of the end times and the rise of the Final Beast and his Kingdom is centered around the Middle East, It is pretty safe to say that the two major religions that will likely be pulled together will be Islam and Roman Catholicism.  Now that we have established this insight into this man, let’s move on further and discuss seven things this man will do when he rises to power.

11 Then I saw another beast coming up out of the earth, and he had two horns like a lamb and spoke like a dragon. 12 And he exercises all the authority of the first beast in his presence and causes the earth and those who dwell in it to worship the first beast, whose deadly wound was healed. 13 He performs great signs so that he even makes fire come down from heaven on the earth in the sight of men.

16 He causes all, both small and great, rich and poor, free and slave, to receive a mark on their right hand or on their foreheads, 17 and that no one may buy or sell except one who has the mark or the name of the beast, or the number of his name. 18 Here is wisdom. Let him who has understanding calculate the number of the beast, for it is the number of a man: His number is 666. – Revelation 13:11-18

1- He will Cause the earth to worship the first beast

The Bible indicates that this man will persuade the world to follow and worship the first beast mentioned in Chapter 13 which we have already identified as the Antichrist.

2- He will be given power to performs great signs and Wonders
The Bible indicates that the False Prophet will be granted demonic supernatural power to be able to perform lying signs and wonders to deceive the world into following the Antichrist and his religion.

3- He makes fire come from heaven in the sight of men
The Bible indicates that this man will also be granted the power and authority to cause fire come down out of Heaven among men similar to what we saw Elijah the Prophet do in the Old Testament.

4- He deceives those who dwell on the earth by the sign
The Bible says that the False Prophet will use these signs in which he will be able to perform to deceive many in the earth. Think about how many people in the past have been deceived to follow cults and even lost their lives to false religions and false prophets. This will be nothing compared to the power and influence this individual will be empowered to perform when his time has come.

6- He was granted power to give breath to the image of the beast
After this “Image” has been created, this False Prophet will somehow through supernatural demonic power actually be able to cause this image to have breath. What’s very interesting here is the word “breath” used is a word that means breath or life. It has the same connotation found in the Book of Genesis when God created Adam from the dust of the ground and “breathed” life into his nostrils and he became a living being. Satan will perform a counterfeit miracle as God did with the first man Adam by breathing life into him. The Bible tells us that this image will be able to speak and actually cause civilization to worship the Antichrist. If they refuse they will be killed according to the scripture.

7- He issues the mark of the beast system of buying and selling
The final thing this man will do is what many have actually credited the Antichrist of doing in many teachings over the years and that is, he will be responsible for creating an end-time system of buying and selling that is known as the “Mark of the Beast”. This system will be required for every man, woman, and child on the planet, both small and great, rich and poor, free and slave, will be required to receive a mark on their right hand or on their foreheads and no one will be able to buy or sell except one who has the mark or the name of the beast, or the number of his name.