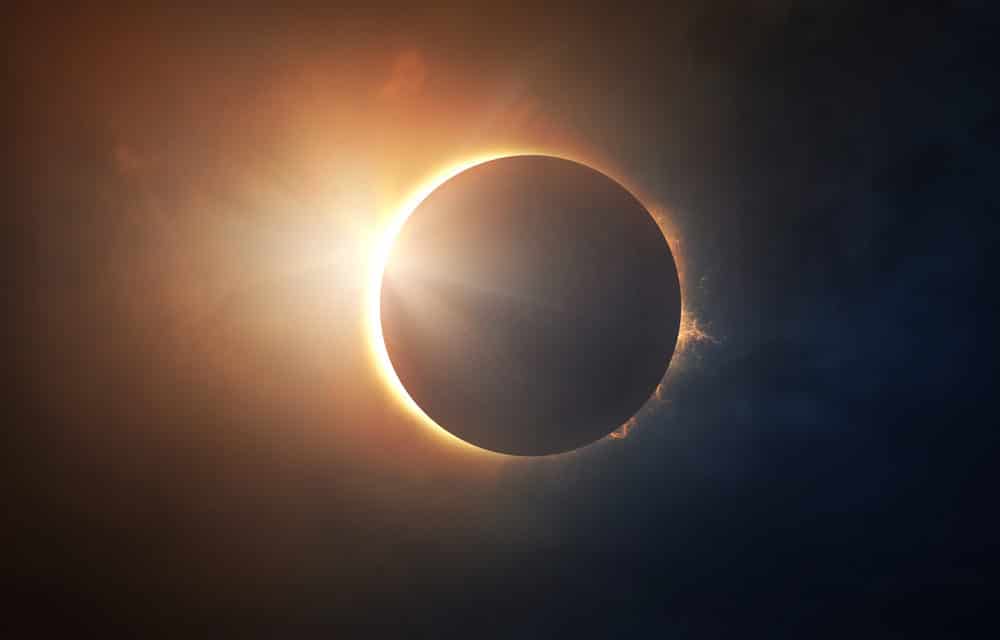 (OPINION) BIN – The first solar eclipse of 2020, a rare annular eclipse, will appear in the heavens over Israel on Sunday. According to academicians, this type of eclipse described as a “ring of fire” was responsible for Joshua’s miraculous ‘stopping of the sun’ during battle exactly 3,227 years ago.

The eclipse will be visible for a very short time in a 60-kilometer wide path traversing Africa and the Central African Republic, Congo, Ethiopia, Pakistan, India, and China. The eclipse will begin to be visible in Israel at 7:26 AM local time, reach its peak one hour later, and disappear at 9:26. The sun will be 99% obscured by the moon, making the sun’s corona appear as a ring of fire around the dark circle of the moon.

Israel experienced a very brief ring of fire eclipse last December during the holiday of Hannukah.  An annular eclipse occurs when the Sun and Moon are exactly in line with the Earth, but the apparent size of the Moon is smaller than that of the Sun.  Hence the Sun appears as a very bright ring, or annulus, surrounding the dark disk of the Moon.

This is, essentially, the opposite of a supermoon, when the moon is close to the earth making it appear larger. Sunday’s annular eclipse is especially rare as it comes in the summer. The Earth’s orbit around the Sun is elliptical, making the Earth’s distance from the Sun vary throughout the year. This affects the apparent size of the Sun. When Earth is at its farthest distance from the Sun in early July, a total eclipse is somewhat more likely, whereas conditions favor an annular eclipse when Earth approaches its closest distance to the Sun in early January. READ MORE