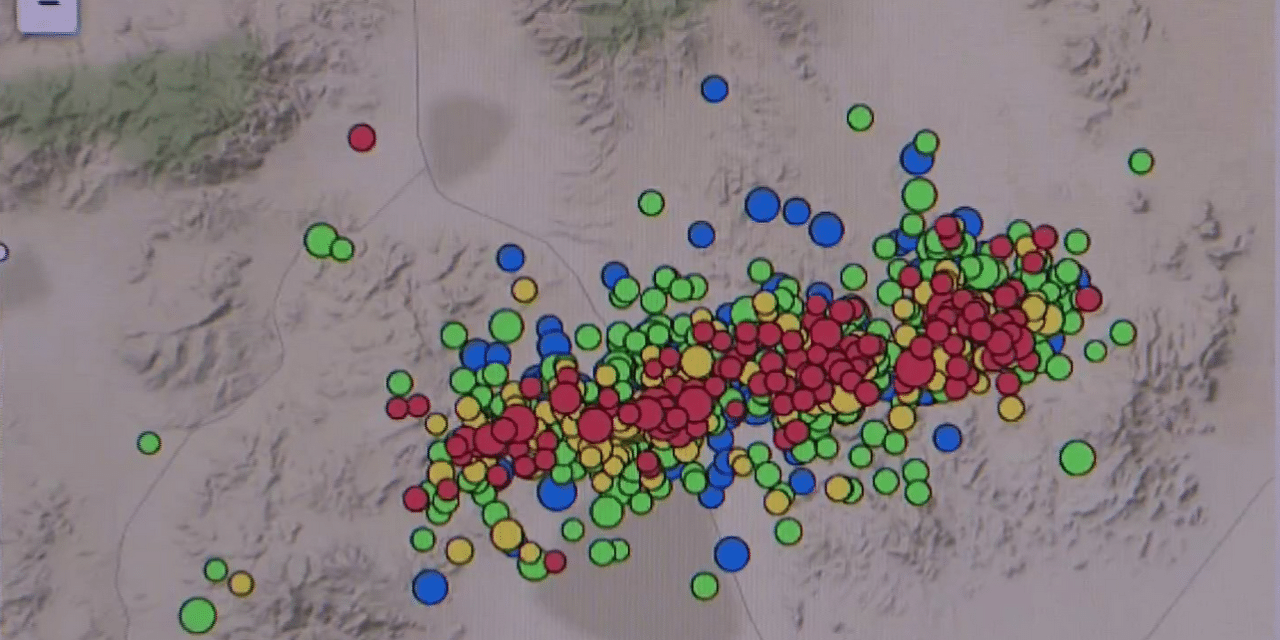 (Carson Now) – The magnitude 6.5 Monte Cristo Earthquake near Tonopah is still rolling. Two weeks after it woke Nevadans, the Nevada Seismological Lab has tracked a phenomenal 6,500 aftershocks — four at magnitude 5.0 and greater, from the earthquake sequence.

“The aftershocks could continue for years, a decade,” Ken Smith, seismic network manager and associate director of the Nevada Seismological Lab in the University’s College of Science, said. “The large 1954 earthquakes in December of that year were preceded by a series of large magnitude earthquakes and aftershock sequences that began in July.

So this may be an indication that this is not over. Fortunately today we have real-time data to observe the progress of activity that may suggest another larger event. Keep in mind, though, each one of these energetic aftershock sequences following large Nevada earthquakes evolves in their own unique ways.”

The USGS, who is partnering with the Nevada Seismological Lab to monitor the earthquake sequence, estimates that for the week through June 6, there is a 99 percent chance of a magnitude 3 or higher earthquake with as many as 22-49 such events, the chance of magnitude 5 and above is 39 percent with a chance for up to three of those, magnitude 6 and higher is 6 percent with a potential for two in that range and the chance of a 7 or larger is 1 in 100 such an earthquake is possible but with a low probability. READ MORE