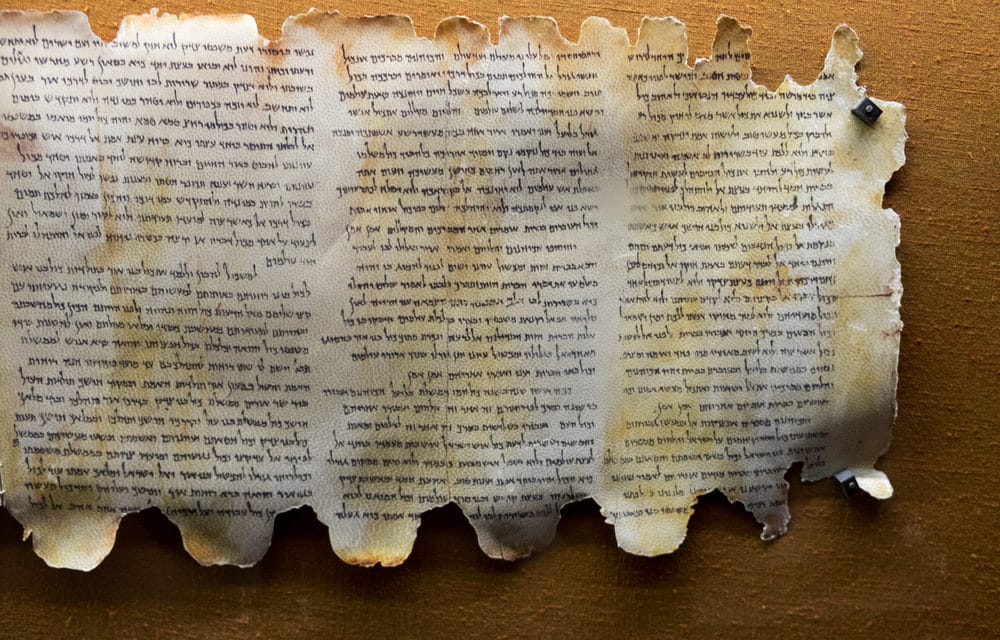 (ETH) – Scientists in Israel at Tel Aviv University have reportedly used a new technique to examine the parchment used to make the ancient Biblical documents hoping to provide clues where they are from.  According to a report from the Daily Star, New DNA research into the origin of the Dead Sea Scrolls is set to provide new insight into the time of Jesus Christ according to experts.

Although the Dead Sea scrolls were discovered over 60 years ago hidden in a cave in Israel, there’s still remains much mystery about these scraps of parchment which we don’t know but now cutting edge DNA research is unlocking the secret of their origin. According to the report, Oded Rechavi, who is a molecular biologist at Tel Aviv University in Israel, and the senior author of a new paper outlines how scientists have used a new amplification technique to extract a full DNA sample from a few grains of precious “scroll dust”.

Rechavi told Live Science recently that “We can’t just take a fragment and grind it,” Instead, he explained, his team removed a few grains of dust from the blank side of some scroll fragments and used a technique called polymerase chain reaction (PCR) which unlocks the genetic code of the animals whose skin was used to make the parchment.

“It’s amazing that enough DNA can be extracted from the 2,000-year-old scrolls,” he said. “They are not only old and contaminated, they have also been processed (to make the parchment in the first place) which is very damaging to the DNA.” According to the biologist, The research not only helped scholars remake the jigsaw of the scrolls, but it has also given a better picture of where the scrolls might originally have been created.

“We can’t tell exactly where the foreign scrolls originated,” he said. “But we can tell, owing to the DNA analyses, that it was somewhere outside the Judean desert.” These artifacts are some of the earliest known Biblical documents that give us an extraordinary insight into what Jews thought and believed around 2,000 years ago. One Archaeologist by the name of Robert Cargill believes the scrolls could be the last relics of the long-lost Jewish temple at the center of Jerusalem.