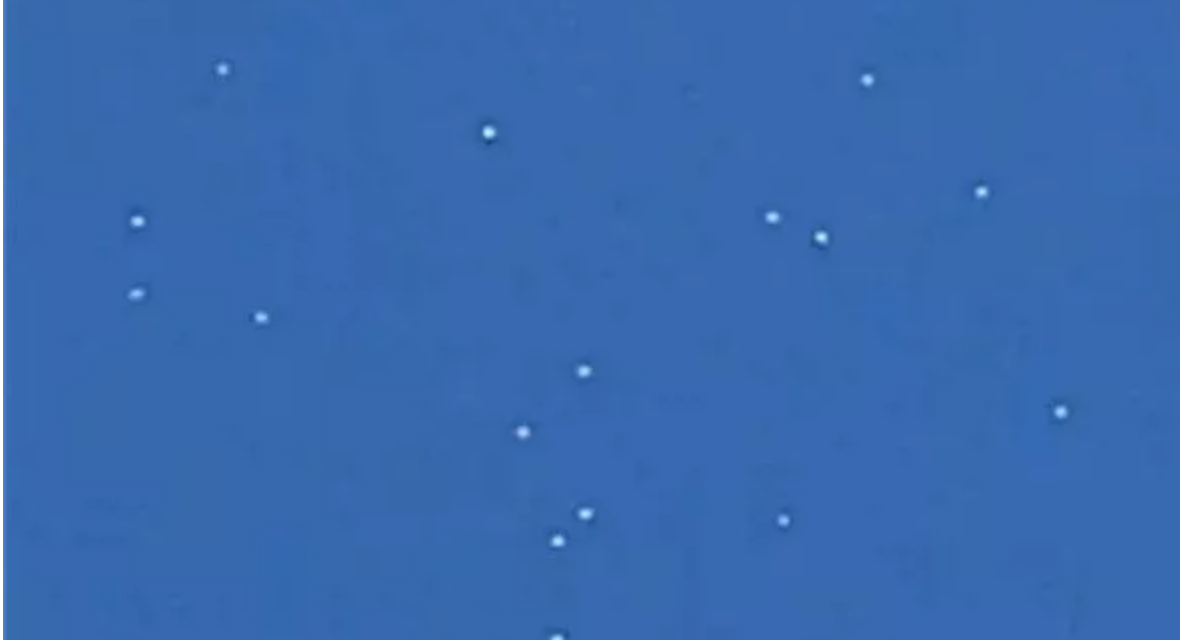 In the video, the family can be heard in a panic regarding what the objects could be as more and more of them begin to gather. In the video, only three orbs can be seen, but by the end of the video, there is at least 100 that can be seen. In the video, one person behind the camera can be clearly heard stating: “What the heck, it’s like some sort of constellation.” According to the report, The family submitted the video to the UFO investigation network MUFON in an attempt to gain more clarity.

The eyewitness statement read: “White orbs seen high in the sky from the backyard. Approximately 3 or so at first appearance, three objects looked like they were dropped from the sky and coming toward earth, meanwhile noticed the 100 or so orbs farther up in the sky. “Orbs stayed in random, stationary pattern then most of the group floated East, while six orbs remained hovering In groups of two.

“Through binoculars, it appeared that an elongated object was hanging down from the center, the bottom of the closer orbs but still too far away to see definition. First segments of video clip show Orbs as white dots in the sky.” Scott C Waring who identifies himself as a “Prominent alien hunter” also offered his analysis of the sighting. He wrote on his blog ET Database:

“Watch as this family panics trying to get the mother to come out of the house to see the UFO fleet above. “They were so scared that they shook while holding the camera and only caught the fleet in about 30 percent of the video. “That’s what makes me know its real.

It’s a real authentic reaction to such an event.  “Awesome video, but to see them well, please pause the video at parts.” Despite this, some viewers were not convinced that the objects were a sign of an extraterrestrial invasion, and offered up a more natural explanation. One person said: “Attack of the balloons,” another simply added: “birds”.