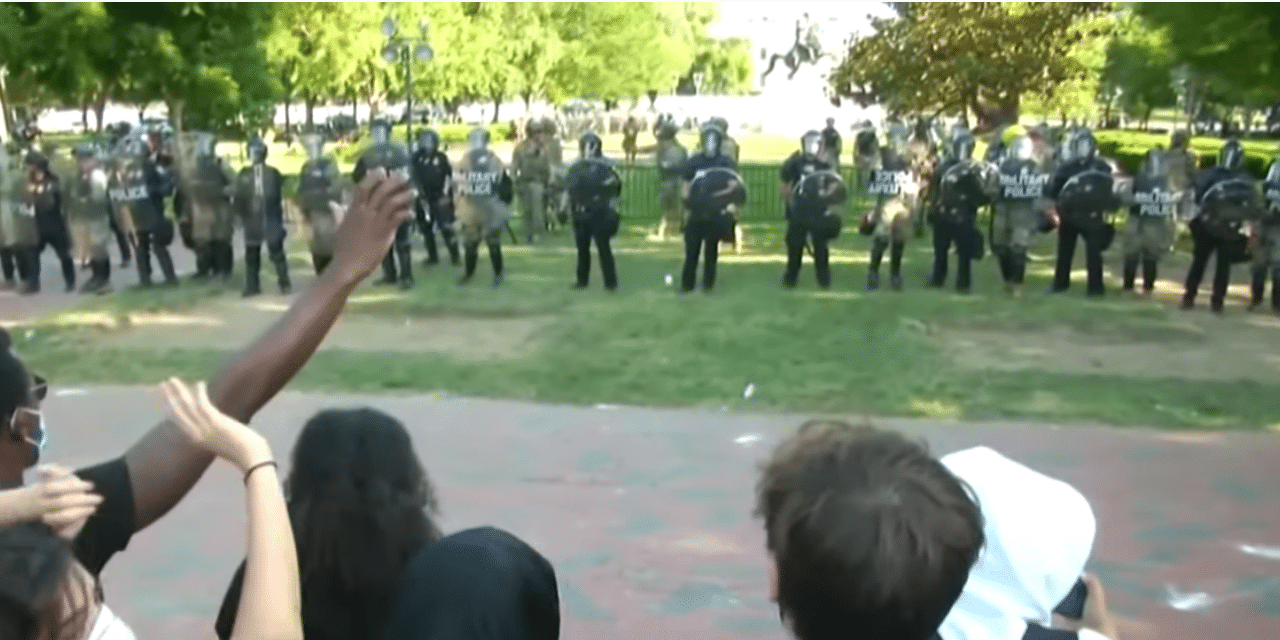 (ETH) – The Defense Department has begun positioning active-duty troops around the Washington area in anticipation of President Donald Trump following through on his historic threat Monday to use the military to quell widespread and at-times violent protests across the country, including in the nation’s capital if local authorities didn’t do more to stop them.

Active duty military police and combat engineers had not entered the District of Columbia but were, as of Monday evening, staging in the region – likely on one of the military bases nearby – “to ensure faster employment if necessary,” according to a senior defense official speaking on the condition of anonymity. Some had come from units based elsewhere in the country, but the official declined to offer specifics. Other news outlets, including Military.com, reported soldiers from the 18th Airborne Corps at Fort Bragg in North Carolina were among the forces that had deployed. READ MORE

Meanwhile, Undeterred by curfews, protesters streamed back into the nation’s streets Tuesday, hours after President Donald Trump pressed governors to put down the violence set off by George Floyd’s death and demanded that New York call up the National Guard to stop the “lowlifes and losers.”

As more demonstrations began taking shape around the country, and cities including Washington prepared for another possible round of scattered violence after dark, the President amplified his hard-line calls of a day earlier, in which he threatened to send in the military to restore order if governors didn’t do it. “NYC, CALL UP THE NATIONAL GUARD,” he tweeted. “The lowlifes and losers are ripping you apart. Act fast!” READ MORE