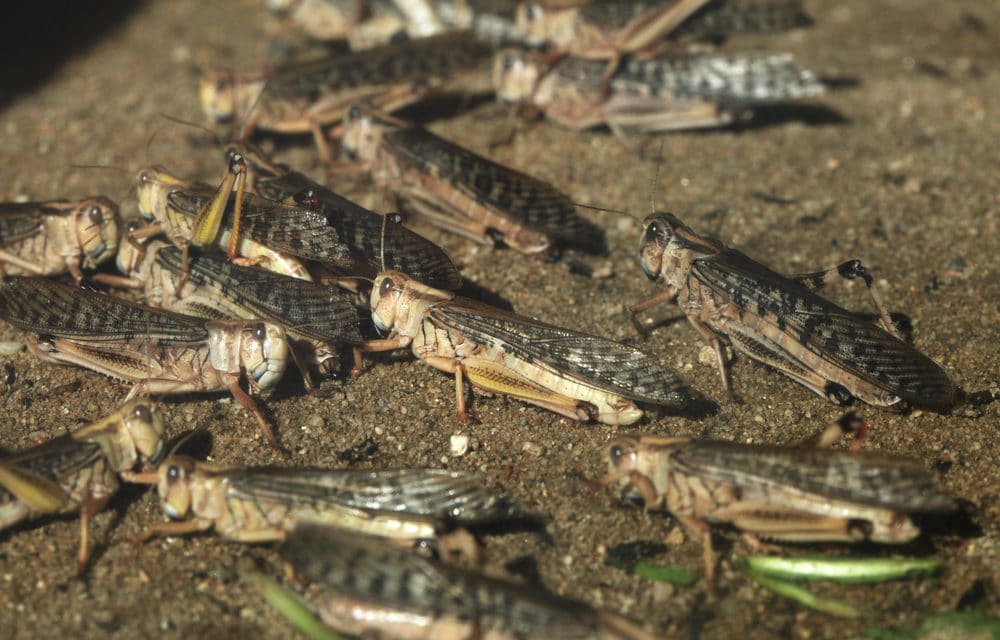 (OPINION) BIN– Locusts are currently swarming on three continents as an outbreak of the vermin has now spread from Paraguay into Argentina. The National Service of Agri-Food Health and Quality (SENASA) said the swarm, estimated at 40 million creatures, was passing through the province of Chaco in northern Argentina on Tuesday.

SENASA reported that the swarms are composed of the Schistocerca Cancellata species of locust in the subfamily Cyrtacanthacridinae which is different than the desert locust currently devastating Africa and southwest Asia. The South American species has an insatiable appetite for crops of wheat, corn, and oats. These are mostly grown as feed for cattle, a  major agriproduct of Argentina.

The voracious short-horned grasshoppers are devouring enough crops to feed 2,500 people every day. High temperatures and wind are causing the swarm to move up to 100 kilometers a day.  Other countries in South America have been made aware of the outbreak and are preparing for the possibility the swarms will arrive at their borders.

Meanwhile, Africa is facing a probable third wave of locust invasion in 6 months. A wave of locusts swept through East Africa last year, returning again in 2020 in swarms estimated to be 20 times larger. The second round of infestation is described as the worst in 70 years.

Swarms are often tens of square kilometers in size.  A swarm of just one square kilometer eats the same amount of food in one day as 35,000 people. The swarms also can travel 93 miles a day making efforts to control an outbreak even more difficult. Officials warned that further rains in the region could lead to an even larger outbreak. READ MORE