Is this archeological proof of the Biblical account of the fall of Jericho? 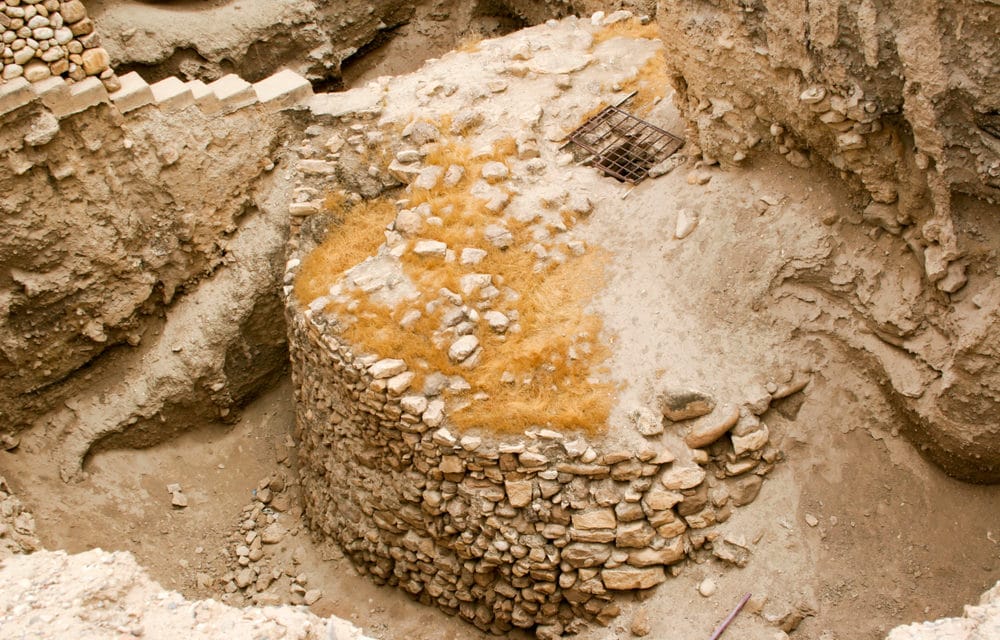 (OPINION) ETH – A Bible expert has come out claiming that recent archeological findings in Israel can prove the Biblical account of the “Fall of Jericho” according to a new report from Express. The Battle of Jericho is mentioned in the Old Testament Book of Joshua and marked the first battle fought in the Israelites’ conquest of the land of Canaan.

This battle is best known for the miraculous fall of Jericho’s walls, brought on about by the Israelites marching around the walls of Jericho seven times and then sounding trumpets and giving a shout of victory. However, Despite this, many have debated over whether the walls of Jericho actually fell in the time described by the Old Testament.

This historical Biblical site of Jericho is said to be located in eastern Palestine, in what is known as Tell es-Sultan or Tel Jericho. According to the report. Archaeological excavations at ancient Jericho have been inconclusive, with experts publishing mixed reports over the years. Archaeologists such as William Gwinn Dever have marked the fall of Jericho a fictional account “invented out of whole cloth”.

Others like British archaeologist Kathleen Kenyon have suggested there are historical inaccuracies in the Old Testament’s account. However, Professor Tom Meyer, an expert in Middle Eastern languages from Shasta Bible College and Graduate School in California, believes the clues are there to support the biblical narrative if the event.

Professor Meyer recently told Express” that Jericho, though a comparatively small city by our modern standards, was a very heavily fortified ancient Canaanite city. “Its destruction was essential for the Israelites after they crossed the Jordan River if they were to advance into Canaan. “The fall of Jericho in 1400BC is an excellent example of textual and archaeological evidence collaborating.”

Again, According to the Bible, the Israelites marched around the walls of Jericho with the Ark of the Covenant in complete silence for six days. Then on the seventh day, they marched seven times and on the seventh pass, the priests blew their trumpets and the soldiers shouted at the walls to bring the fortifications down.

According to Meyer: “The Bible gives the order of events was that first, the walls fell down, then the city was burnt, and finally it was abandoned. “Every archaeologist who has excavated Jericho has come to the same conclusion. “Upon the stone retaining wall from the time of Joshua – parts of which can still be seen today – a mudbrick wall once stood.

“According to the archaeologists, the mudbrick wall fell outward and down to the base of the foundation stone wall. “Archeologists who dug at the base of the stone retaining wall found a pile of collapsed reddish mudbricks along the entire portion of the retaining wall they unearthed.” A diagram of these fallen bricks can be found in Ms. Kenyon’s excavation reports.

Professor Meyer states that ancient Jericho is the only place where archaeologists have found a wall that has completely collapsed. He went on to say: “The fallen wall formed a ramp for the Israelite soldiers to go up into the city and in order to set it on fire. “Archeologists also found evidence for massive destruction by fire – about three feet in depth – from the same time period.

“In the three-foot-thick burn layer, archaeologists John Garstang, and later Kathleen Kenyon, found room after room of ash, collapsed roof timbers, and burnt large storage jars that were full of grain. “This is significant because not only did Joshua command the soldiers not to raid the fallen city but the Bible states that the Israelites invaded Canaan at harvest time.