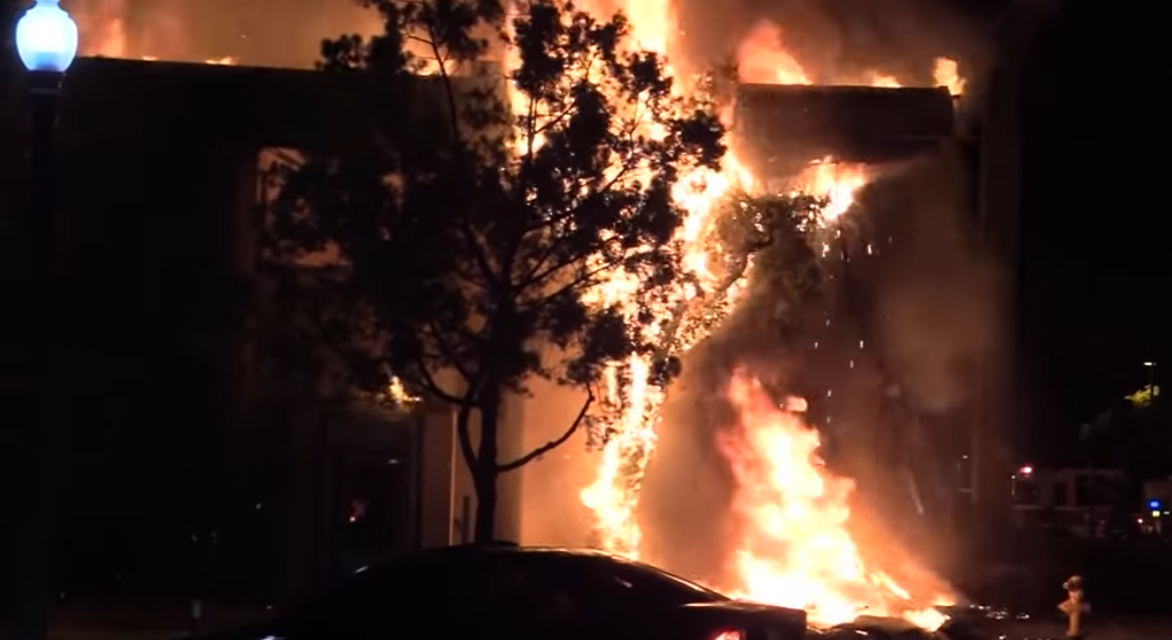 (OPINION) ETH – In 2009 the late David Wilkerson, whom I believe was a modern-day prophet of our generation saw what may be unfolding in America as we speak. The following is a statement made by Wilkerson and has been confirmed and documented in videos and blogs.

“AN EARTH-SHATTERING CALAMITY IS ABOUT TO HAPPEN. IT IS GOING TO BE SO FRIGHTENING, WE ARE ALL GOING TO TREMBLE – EVEN THE GODLIEST AMONG US.”

“For ten years I have been warning about a thousand fires coming to New York City. It will engulf the whole megaplex, including areas of New Jersey and Connecticut. Major cities all across America will experience riots and blazing fires—such as we saw in Watts, Los Angeles, years ago.”

“There will be riots and fires in cities worldwide. There will be looting—including Times Square, New York City. What we are experiencing now is not a recession, not even a depression. We are under God’s wrath. In Psalm 11 it is written,”

“If the foundations are destroyed, what can the righteous do?” (v. 3).

God is judging the raging sins of America and the nations. He is destroying the secular foundations.

“The prophet Jeremiah pleaded with wicked Israel, “God is fashioning a calamity against you and devising a plan against you. Oh, turn back each of you from your evil way, and reform your ways and deeds. But they will say, It’s hopeless! For we are going to follow our own plans, and each of us will act according to the stubbornness of his evil heart” (Jeremiah 18:11-12).”

“In Psalm 11:6, David warns, “Upon the wicked, he will rain snares (coals of fire)…fire…burning wind…will be the portion of their cup.” Why? David answered, “Because the Lord is righteous” (v. 7). This is a righteous judgment—just as in the judgments of Sodom and in Noah’s generation.”

WHAT SHALL THE RIGHTEOUS DO? WHAT ABOUT GOD’S PEOPLE?

“First, I give you a practical word I received for my own direction. If possible lay in store a thirty-day supply of non-perishable food, toiletries and other essentials. In major cities, grocery stores are emptied in an hour at the sign of an impending disaster.”

“As for our spiritual reaction, we have but two options. This is outlined in Psalm 11. We “flee like a bird to a mountain.” Or, as David says, “He fixed his eyes on the Lord on his throne in heaven—his eyes beholding, his eyelids testing the sons of men” (v. 4). “In the Lord I take refuge” (v. 1).”

“I will say to my soul: No need to run…no need to hide. This is God’s righteous work. I will behold our Lord on his throne, with his eye of tender, loving kindness watching over every step I take—trusting that he will deliver his people even through floods, fires, calamities, tests, trials of all kinds.”

Note: I do not know when these things will come to pass, but I know it is not far off. I have unburdened my soul to you. Do with the message as you choose.

God bless and keep you,