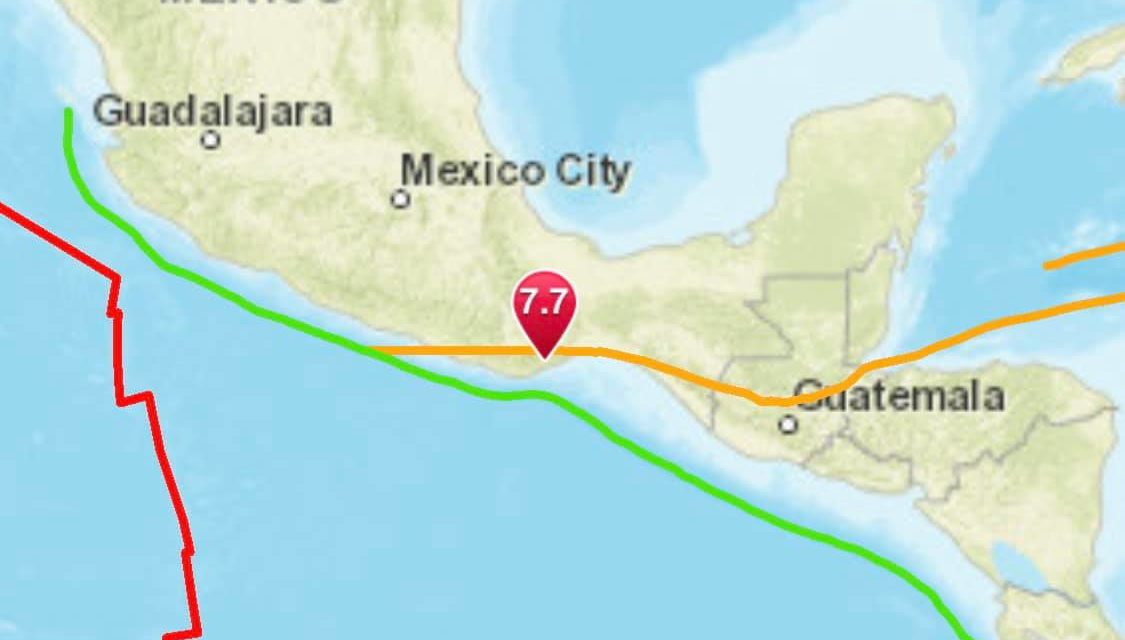 (ETH) – A powerful magnitude 7.7 earthquake that was downgraded to a magnitude 7.4 has reportedly struck Santa María Zapotitlán, Mexico. A tsunami warning has been issued for Mexico Honduras, El Salvador, and Guatemala following the earthquake.

According to Express, Local authorities have warned coastal Tsunami waves could be triggered within a 621 mile (1000km) radius of the epicenter of the massive quake. According to the report, One witness of the powerful force said: “It went on for what seemed to be about a minute getting stronger and softer. The animals were a bit panicked.”

Another local in the village of Cajonos, 75 miles from where it struck, said: “Started very slow and it was increasingly strong. “It shakes everything but for a moment, very intense yesterday night we have one on the same location Mixistlan de la reforma 4.5m and it seems is from the same place.”