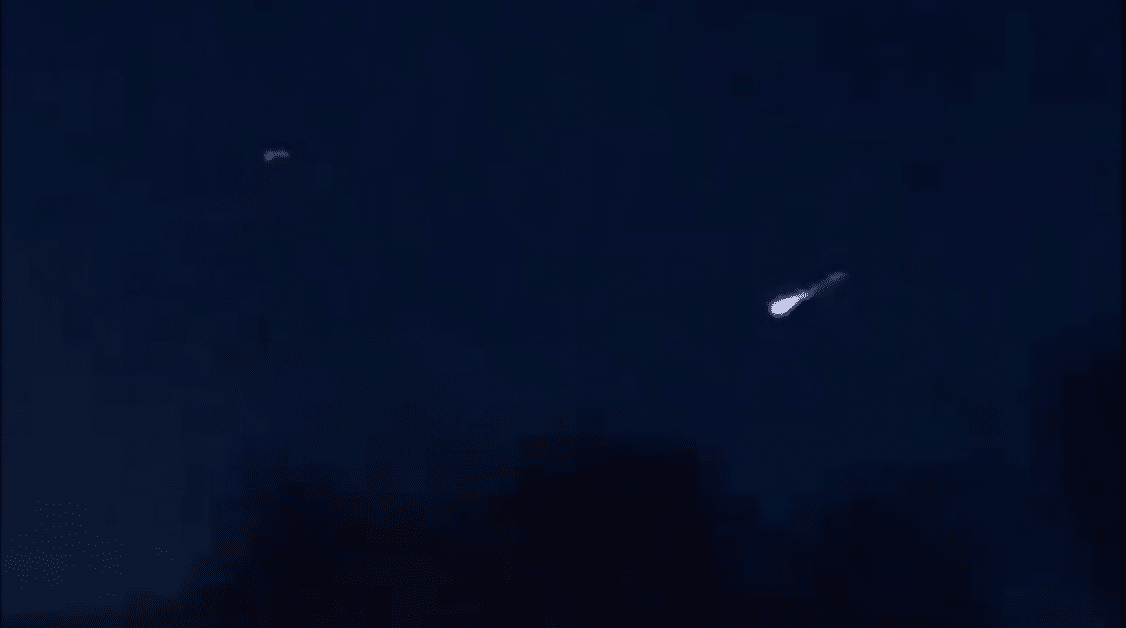 (ETH) – A massive fireball was recently filmed over the skies of Tennessee according to The Sun.  The meteor reportedly crossed over the skies earlier this week and caused over 120 sightings across 12 US states. This meteor was also reported over Canada.

According to a ground track by the American Meteor Society, the fireball was seen soaring over southern Ohio and was visible for 3.5 seconds as far south as South Carolina.  The video was filmed in Knoxville, Tennessee, and displays how quickly the celestial light show was over.  AMS tweeted the video and wrote: “Fireball caught over Knoxville, TN last night.