Eclipse over Temple Mount: “A Warning to the Nations Plotting Against Israel’ 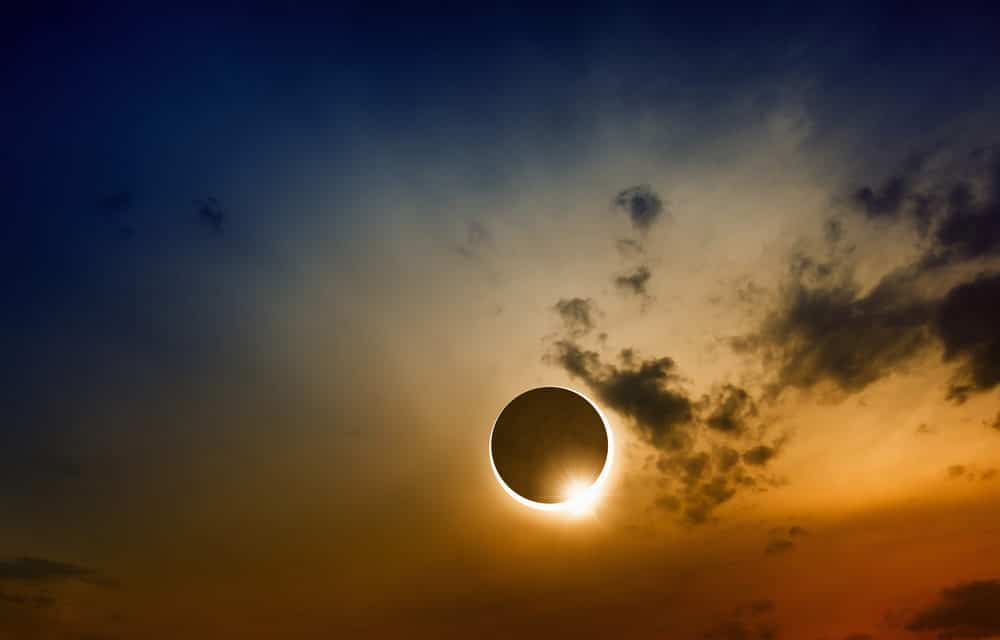 (OPINION) BIN – The first solar eclipse of 2020, a rare annular eclipse, appeared in the sky over Israel on Sunday, precisely coinciding with the anniversary of the day that Moses sent 12 spies into the Land of Israel. The eclipse was visible for a very short period of time in a 60-kilometer wide path traversing Africa and the Central African Republic, Congo, Ethiopia, Pakistan, India, and China.

The eclipse began to be visible in Israel at 7:26 AM local time, reached its peak one hour later, and disappeared at 9:26. The sun was 99% obscured by the moon, which made the sun’s corona appear as a ring of fire around the dark circle of the moon.

Israel experienced a very brief ring of fire eclipse last December during the holiday of Hannukah. Rabbi Yosef Berger, the rabbi of King David’s Tomb on Mount Zion, emphasized that eclipses, both solar and lunar, are described in Jewish tradition as being powerful omens.

In its discussion of eclipses, the Talmud (Sukkot 29a) specifically described solar eclipses as being a bad omen for the nations who base their calendars on the solar cycle. At the end of this section describing the omens contained within eclipses, the Talmud states a disclaimer: “When Israel does the will of the place (God), they have nothing to fear from all of this,” citing the Prophet Jeremiah as a source. READ MORE