Coming Eclipse Over America Is A Warning Of Things To Come 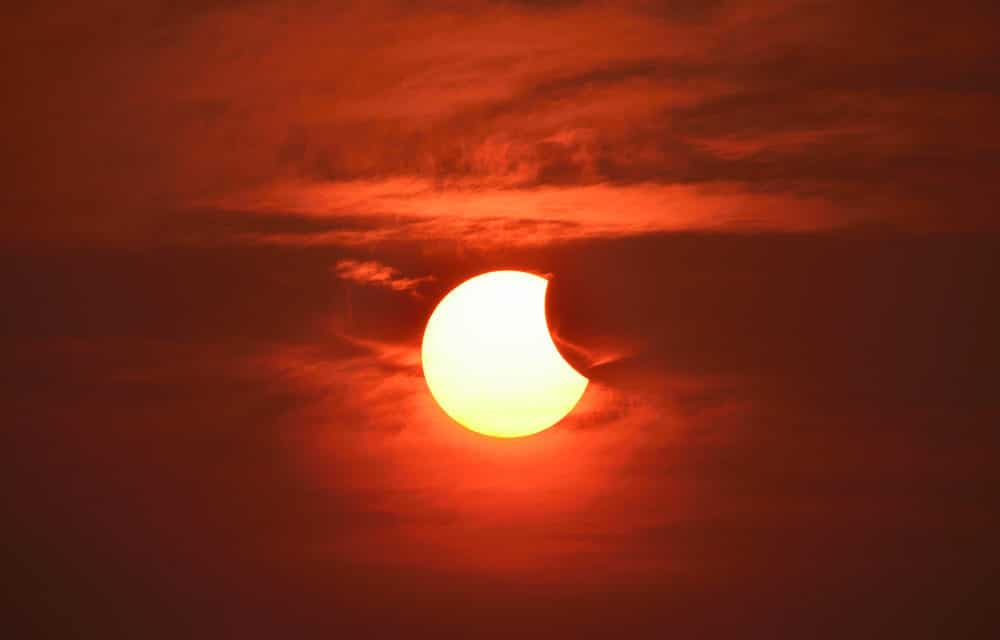 (OPINION) ETH – At least one Christian evangelist is warning that a coming penumbral eclipse that is scheduled to pass over the United States this weekend is an ominous sign to America. According to a report from Express, Paul Begley, host of the TV show “The Coming Apocalypse”, believes prophecies from biblical scripture are unfolding based on passages from the Book of Joel and Book of Revelation from the Bible.

Pastor Begley told his congregation something “strange” is about to happen. Pastor Begley has reportedly told his more than 335,000 YouTube subscribers that the Moon will turn blood red on the night of July 4th – US’ Independence Day and went on to say: “I really show you – cause it’s happening on the Fourth of July – I really show you how much of the word of God is actually involved in the formation of our nation.

“And so this is a strange Blood Moon to be on the Fourth of July, at the midnight hour on the Fourth of July. “But it will have a silver lining. Only half of the Moon will turn red and half the Moon will turn silver. “And I think there is a silver lining in this prophecy. “Also, I want people to know just how important – cause the media lies, and right now do you see how the church is coming under attack?” Many reference the Book of Joel when speaking on blood moons.

Joel chapter two states: “I will show wonders in the heavens and on the earth, blood and fire and billows of smoke. “The Sun will be turned to darkness and the Moon to blood before the coming of the great and dreadful day of the Lord.” Many evangelists such as pastor Begley interpret modern-day events and link them to passages in the Bible. During a two hour online broadcast on YouTube, Begley warned of a spiritual war raging across America.

He said: “I think it is a Blood Moon that is a silver lining for the American church, as well as for America itself.”  According to Express, the Moon will only partially darken on the night of July 4 and July 5. and the eclipse will be a penumbral one, meaning it will unfold in the weakest shadow cast by the Sun and the Earth. As a result, the eclipsing will most likely go unnoticed by most people.