Christopher Columbus Statue Beheaded, in Boston – Spray-Painted, Set On Fire and Thrown in Lake in VA 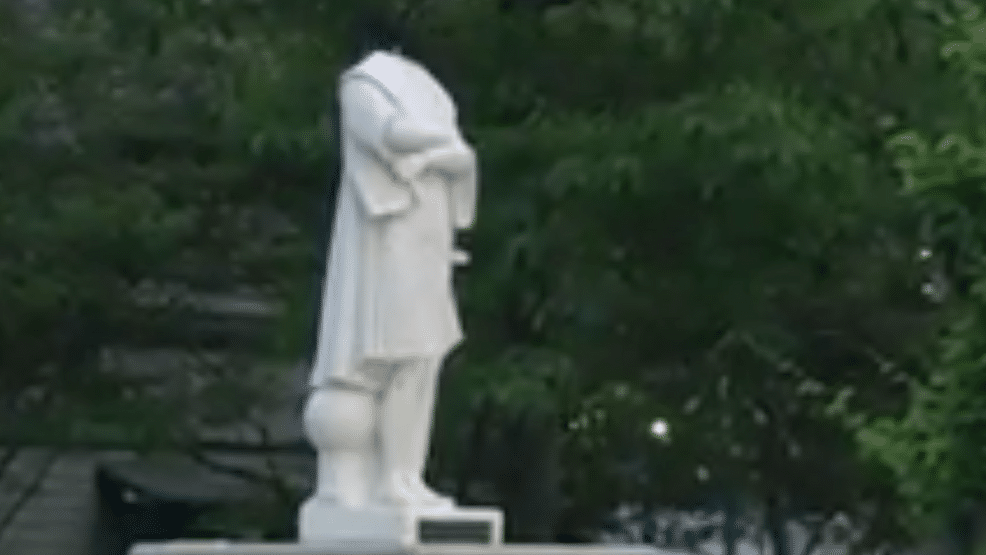 (ETH) – Statues of Christopher Columbus aren’t doing so well in multiple states across America.
In Boston’s North End a statue was discovered beheaded. The head was found lying on the ground.

According to News Channel 9, The statue was defaced once before as it was covered in red spray paint and had the words ‘Black Lives Matter” spray-painted back in 2015. The head also disappeared from the statue in 2006 as well.

Columbus statues in New Haven, Connecticut, and Richmond, Virginia, have also been vandalized recently. The report stated that Columbus was a symbolic figure to Italian immigrants coming to America in the 1800s. His detractors blame the Italian navigator for spurring centuries of genocide against indigenous populations.

Meanwhile, In Richmond, Virginia, protestors reportedly pulled down a statue of Christopher Columbus, spray-painted it, set it on fire, and then threw it in a lake. According to Fox News, The statue was ripped down using ropes at around 9 p.m. in William Byrd Park and later was thrown in nearby Fountain Lake.