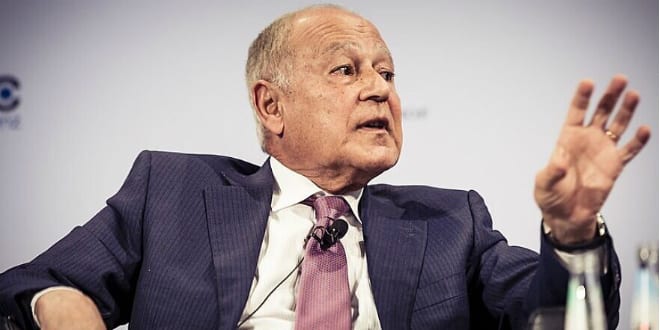 (BIN) – Arab League Secretary-General Ahmed Aboul Gheit told the U.N. Security Council on Wednesday that Israel’s plan to apply sovereignty to parts of Judea and Samaria could ignite “a religious war in and beyond our region.”

“If implemented, Israeli annexation plans would not only be detrimental to the chances of peace today but will destroy any prospects for peace in the future,” said Gheit, according to the AP. “Palestinians will lose faith in a negotiated solution, I’m afraid Arabs, too, will lose interest in regional peace. A new dark reality will set in vis a vis this conflict and in the region at large,” he added.

Israeli ambassador to the United Nations Danny Danon told the Security Council that “should Israel decide to extend its sovereignty, it would be doing so with respect to areas over which it has always maintained a legitimate historical and legal claim,” according to the report.

Palestinian Authority Foreign Minister Riyad al-Maliki threatened that “we will stop acting as the Palestinian Authority” the moment that Israeli Prime Minister Benjamin Netanyahu declares “the annexation of one centimeter or 30 percent of the West Bank.” The P.A. the foreign minister expressed his hope that the United States would stop Israel from moving forward with its sovereignty plan. READ MORE