An ‘Abnormally large dust cloud’ is making a 5,000-mile trek across the Atlantic 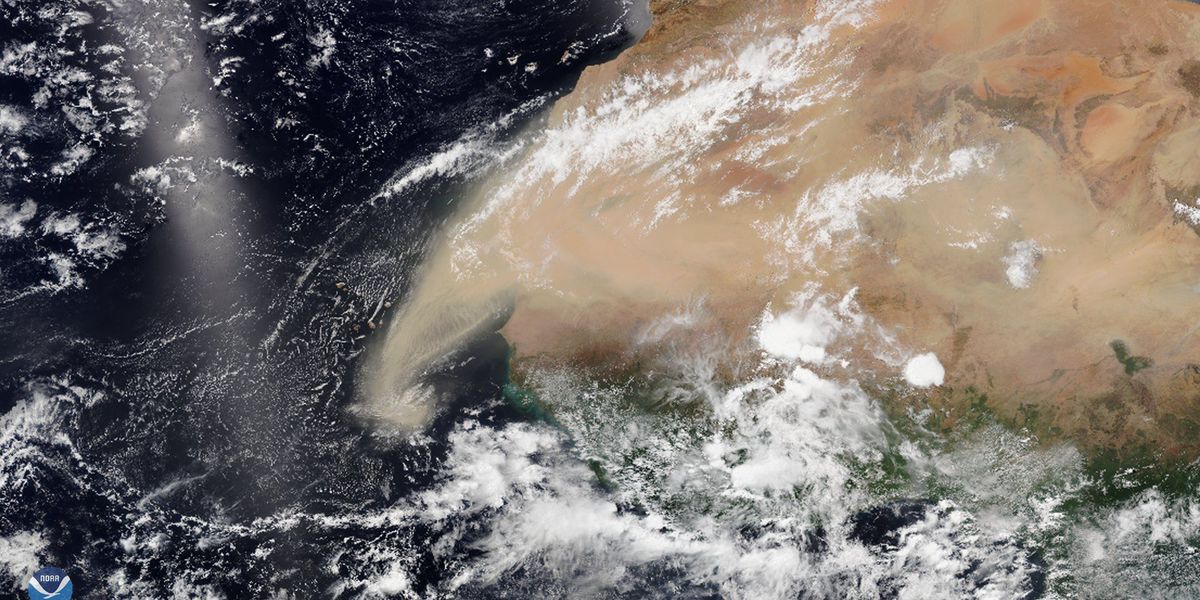 (Accuweather) – An “abnormally large dust cloud” from the Sahara is making about a 5,000-mile trek across the Atlantic, suppressing tropical development in the Atlantic Basin. However, it may also pose a possible health hazard to those living along the Gulf coast.

Although it isn’t uncommon for the Trade Winds to carry dust from the Sahara to the Gulf Coast, this plume has caught the attention of a few meteorologists. “According to scientists that I have gotten some information from, they’re saying this is an abnormally large dust cloud,” AccuWeather Senior Meteorologist and lead hurricane expert Dan Kottlowski told AccuWeather’s Jonathan Petramala.

“One of the things I noticed from this is the dust started coming off the coast of Africa several days ago, in fact maybe over a week ago. And it’s still coming. It’s almost like a prolonged area of dust.” Some experts have nicknamed this the “Godzilla dust cloud” due to its unusually large size, The Associated Press said.

Dust making this journey from the Sahara to the Gulf Coast is common during June, July and sometimes into early August. Picked up by the Trade Winds and lofted higher up into the atmosphere, the dust gets trapped as the wind spirits it away across the Atlantic. READ MORE