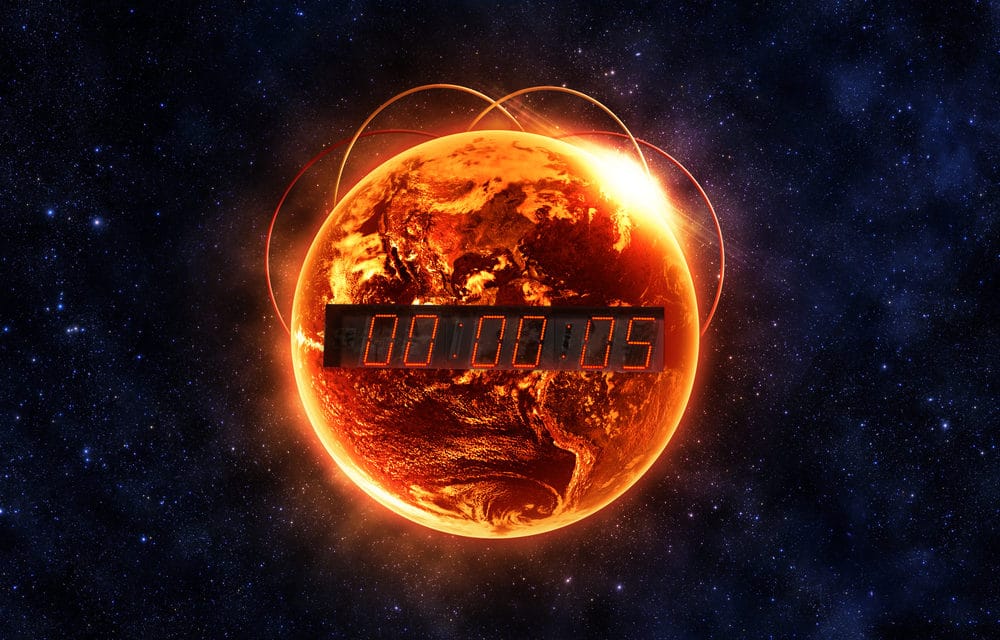 (OPINION) ETH – I know this word of warning will likely not be accepted by the majority but it is a hard truth that needs to be heard regardless. In today’s modern Church culture any words of correction or warning are typically met with denial or neglect and the watchmen and prophets delivering the messages of warning are typically marked as “fear mongers” or “sensationalists”.

However, sadly the masses with itching ears continue to surround themselves with false prophets cradling them to sleep with empty and vain words of peace when there is no peace.

“Because from the least of them even to the greatest of them, Everyone is given to covetousness; And from the prophet even to the priest, Everyone deals falsely. They have also healed the hurt of My people slightly, Saying, ‘Peace, peace!’ When there is no peace.” – Jeremiah 6:13-14

I want to show you four proofs from the Word of God that things are not going to get better but they will continue to wax worse as we near the coming of the Lord.

“Now the Spirit speaketh expressly, that in the latter times some shall depart from the faith, giving heed to seducing spirits, and doctrines of devils; Speaking lies in hypocrisy; having their conscience seared with a hot iron” – 1 Timothy 4:1-2

The Holy Spirit warns from the passage above that there will be a time in the “Latter Days” that some believers will depart the faith and will accept and embrace seducing spirits and doctrines of devils. The word “seducing” here in the Greek actually means  “to slowly draw away from the truth into error”.

We are most certainly seeing this happen across the Body of Christ right now. Sadly, there is a progression of bondage pointed out there in this passage. It begins with giving an ear to a seducing spirit or a spirit of error, and then it progresses to fully embracing a doctrine that is demonically inspired and rooted in falsehoods and error and not the Word of God.

The final stage reveals that the individual is completely consumed to the point where they are no longer convicted and their very conscience has been seared. I believe as we get closer to the return of the Lord we are going to see and hear more and more men and women of God fall victim to this very thing.

And if there were three words that we could use to clearly define the current conditions of the planet right now it is definitely dangerous, treacherous, and violent. We have witnessed unprecedented levels of lawlessness, rioting, looting, and violence taking place across the United States. I believe this only the beginning of sorrows and the Distress of Nations that the Lord warned about is beginning to unfold before our very eyes.

The Book of James gives a cryptic warning regarding the economy of the World in the last days and what may be on the horizon.

“Come now, you rich, weep and howl for your miseries that are coming upon you! Your riches are corrupted, and your garments are moth-eaten. Your gold and silver are corroded, and their corrosion will be a witness against you and will eat your flesh like fire.

You have heaped up treasure in the last days. Indeed the wages of the laborers who mowed your fields, which you kept back by fraud, cry out; and the cries of the reapers have reached the ears of the Lord of Sabaoth. You have lived on the earth in pleasure and luxury; you have fattened your hearts as in a day of slaughter”. – James 5:1-5

In this passage, it clearly tells us that the rich will weep and howl from the miseries that will come upon them in the “Last Days” and what appears to be an economic reckoning that will be permitted from the Lord as a form of judgment in the earth.

It’s interesting to point out that at the time of writing this many economic experts are now warning that a US dollar crash is ‘virtually inevitable’ over the massive debt that has ensued. “The U.S. economy has been afflicted with some significant macro imbalances for a long time,

namely a very low domestic savings rate and a chronic current account deficit,” the former Morgan Stanley Asia chairman told CNBC’s “Trading Nation” on Monday. “The dollar is going to fall very, very sharply.” It would be very wise to not wait until the water is in the boat to begin preparing to sink but make provisions now while it is somewhat calm waters.

4- The “Falling Away” of the Church in the End Time
Lastly, we have to pint out that the Bible warns us that in the time of the end right before the rise of the Antichrist that will deceive the world, there will come a “falling away” of many in the Body of Christ”. The phrase “falling away” means a defection from truth, it is very similar to what we described earlier with the Greek word “seducing”.

Therefore, The Apostle Paul is warning us here that right before the revealing of the Antichrist on the world’s scene, there will come a mass departure of believers from the truth of the Word. I believe this will ultimately set the stage for this man to be able to deceive so many because there will be so many in the Church that has gone into error and apostasy that rather than oppose the Antichrist, they will endorse the Antichrist.

Although I know many don’t believe in the rapture of the Church, I personally believe that the folks that will be embracing the Antichrist will be those left behind who were already led astray by seducing spirits and doctrines of error.

The conclusion here is, that according to the Word of God, things we are seeing happening now in 2020 will not get better as we approach the time of the end, but will only become more intense just as Jesus illustrated in comparison to the “Birth Pangs” of travail. So are you ready for the final trimester? Are you paying attention? Are you ready for the return of the Lord? Or will you read these words and reject them as “gloom and doom” or “fear-mongering”?

“Now go and write down these words. Write them in a book. They will stand until the end of time as a witness that these people are stubborn rebels who refuse to pay attention to the Lord’s instructions. They tell the seers, “Stop seeing visions!” They tell the prophets, “Don’t tell us what is right. Tell us nice things. Tell us lies. Forget all this gloom. Get off your narrow path. Stop telling us about your ‘Holy One of Israel.’ – Isaiah 30:8-11 (NLT)

“Now when these things begin to happen, look up and lift up your heads, because your redemption draws near.” – Luke 21:28