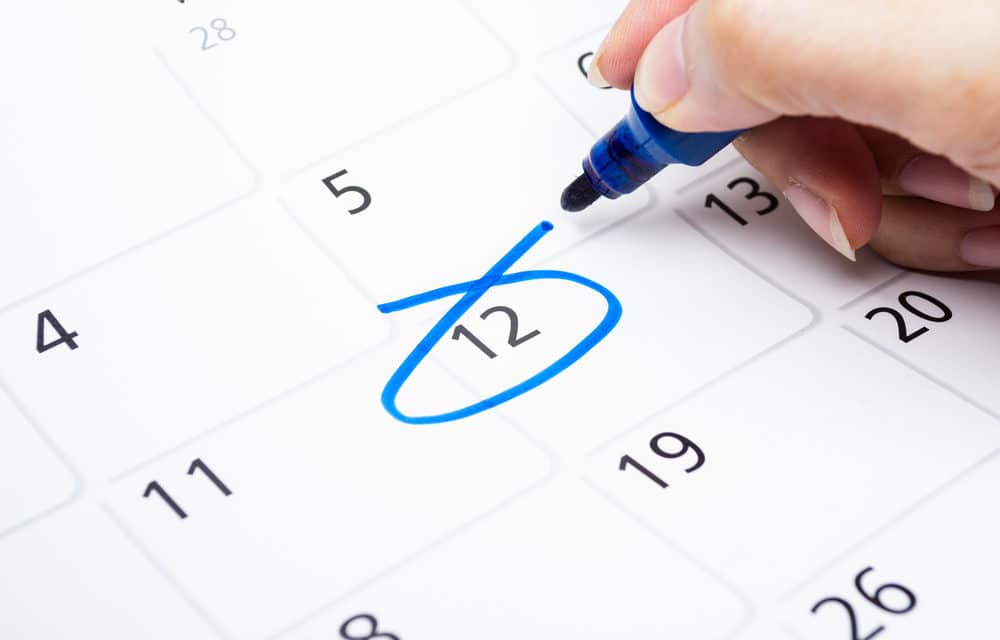 (OPINION) ETH – As far back as even 53 A.D, there have been “date setters” in the earth that have come and gone with their false prophecies claiming that the Lord told them that his return would be on a certain date and that date came and went and nothing took place. What damage does this cause in the Body of Christ and why should we care? Here are four reasons why “Date Setters” is dangerous in the Church.

1- Date Setting has a 100% Fail Rate
One thing that all these people that have come and gone have in common is the fact that they have all failed with their futile attempts to predict the return of the Lord and the end of the world. As I stated above these date setters have been around since 53 A.D, Even before all the books were compiled into what he call the Bible, there was speculation that Christ had already returned.

The Church at Thessalonica panicked when they heard a rumor that the day of the Lord was at hand, and they had missed the rapture. From that timeline, throughout the years there have been countless predictions and timelines made that all failed.

More recent was Harold Camping who made a prediction that May 21, 2011, would be the date of the rapture and the end of the world, and after this prediction proved inaccurate, he claimed that a non-visible “spiritual judgment” had taken place and that the physical rapture would occur on October 21, 2011.

This new rapture prediction also turned out to be a flop as well. Then we had 2012 come along with New Age writers citing the Mayan and Aztec calendars that allegedly predicting the end of the age on December 21, 2012, and we all know now that didn’t come to fruition as well. Perhaps if all these men would have just read the Bible they would have believed the words of Christ when he said:

“But of that day and hour, no one knows, not even the angels of heaven, but My Father only”
Matthew 24:36

If the Angels in heaven don’t know the day or even the son of God, what makes you and I believe that any mortal man on earth is going to actually know the precise day and hour that the Lord will return or the end of the age is going to take place.

2- Date Setting makes the Body of Christ a laughing stock

One of the major problems with these “Date Setters” is the fact that as they continue to set their dates and fail it begins to reduce the true message of warning from watchmen and prophets in the earth today to a mere echo. It becomes like the old saying of the boy who cried wolf.

Although a true man or woman of God won’t set dates they do give strong warnings to people and Nations today to turn from their sin, repent and turn back to God. However, many have been reduced to a laughing stock today because of this foolishness that continues year after year. Noah was a great example of one who was used by the Lord to warn a generation of judgment that was coming:

“By faith Noah, being divinely warned of things not yet seen moved with godly fear, prepared an ark for the saving of his household, by which he condemned the world and became heir of the righteousness which is according to faith.” – Hebrews 11:7

In Noah’s day, the majority refused to heed his Word and sadly perished in the flood that covered the Earth. I believe as the day of the Lord does get closer we not only see more false prophets rise but we will see more and more people that will turn their ear away from the true warnings of the Lord.

3- It discourages true watchmen from teaching on the End Times or Bible Prophecy.
Another major reproach this stuff makes in the Body Of Christ is the fact that it will discourage anyone who has a call or burden to preach or teach on “End Times” and Bible Prophecy because the majority today don’t want to hear about it because it has become undesirable to hear throughout the years or it has become a joke to many because of the last point we just made.

As a watchman myself, I always try to encourage myself and remind myself that there is still a remnant out there that still desires to be informed of the times and seasons we are in regardless of the nonsense that has been around from the beginning and this brings me to my last point.

4- It gives fuel to mockers and scoffers in the last days
Have you ever read the words of the Apostle Peter in the New Testament where he warned that scoffers will come in the last days, walking according to their own lusts, and saying, “Where is the promise of His coming? Have you ever asked yourself why these people will be saying this?

I believe the answer is two-fold. One the Bible says they will be walking according to their own lusts, meaning that these people who are mocking and scoffing the message of the true Gospel are living in the pleasure of sin and don’t want the Lord to return and be held accountable for their lifestyles.

The second reason could very well be what you and I will hear a lot when witnessing to others about the coming of the Lord and warning them about what is to come. They will respond with something like “Oh I’ve heard this all my life, and nothing ever happened” or “They have been telling us this every year and nothing ever happens”

When Date Setters make mainstream media with their day and hour of the end and the return of the Lord’s return only to once again fail, it will only pour gas on the fire of the scoffers and mockers who will continue to say “Where is the promise of his coming” So do we stop warning people of the coming of the Lord? No! What we need to do is hopefully get people back in the Bible and get them to understand why it is so dangerous to set dates for the coming of the Lord!