Swarm of killer bees sting dogs to death in Arizona 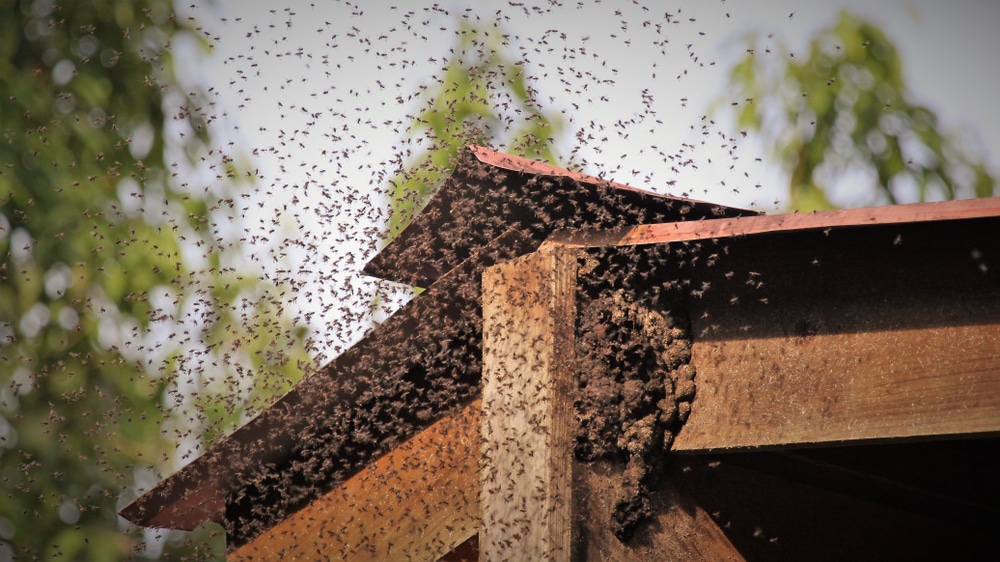 (ETH) – A swarm of killer bees has reportedly attacked and killed three dogs outside a home in Arizona according to a report from the Daily Star.  The report indicated that Firefighters came to the dogs’ rescue in Tucson on Wednesday after they informed of the attack.

The firefighters then sprayed the swarm of bees in efforts to stop the vicious attack.  The surviving dogs were rushed to the vet according to the Tucson Fire Department who tweeted following the attack that the dogs had to be taken to the vet and that one of the dogs reportedly died shortly after the bees had stung it multiple times.

A spokesman said: “An aggressive swarm of bees has attacked four dogs on S. Calle Polar. Avoid the area Tucson Fire responding. “One dog has died, crews are foaming the aggressive bees before tensing to the other dogs. We never enjoy killing precious bees, but in these rare cases, it is necessary. “Continue to avoid the area.”Tragically, the fire department later stated: “Sad update – the other dogs passed away shortly after arriving at the vet.