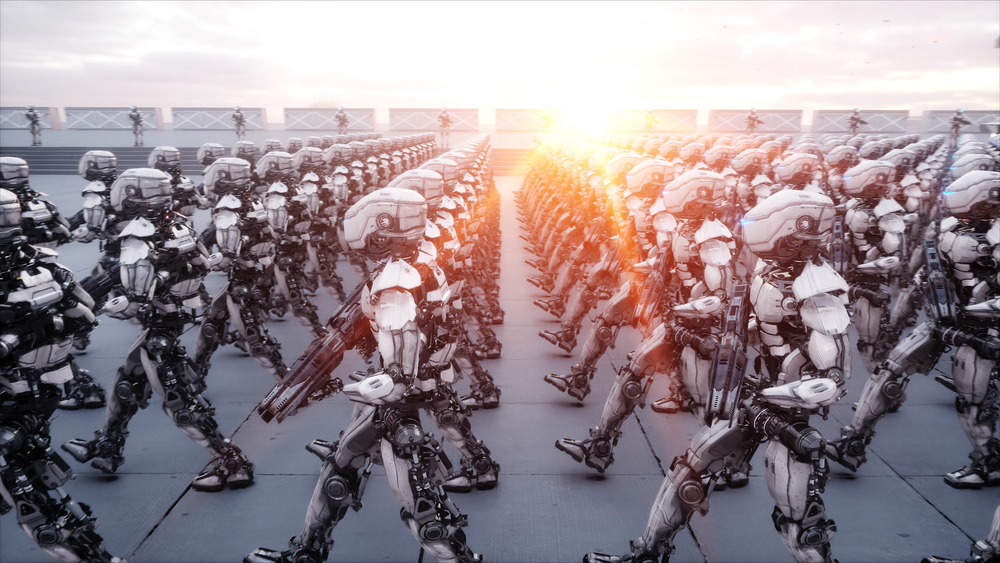 (ETH) – Russia is predicting that its soldiers will one day be replaced with robots in the future. “Living fighters will gradually begin to be replaced by their robotic ‘brothers’ who can act faster, more accurately and more selectively than people,” according to Vitaly Davydov who according to a report from Forbes. Davydov is reportedly the deputy director of Russia’s Advanced Research Foundation, it’s DARPA analog.

This report comes as Russia is deciding to expand its existing military with new, autonomous capabilities. “There is a still-classified Russia’s military robotics road-map that sketches out various stages of Russian unnamed military developments, which undoubtedly has been influenced by Russian military actions and experience in Syria,” according to Samuel Bendett, an adviser at the Center for Naval Analyses.

Bendett went on to state that “The Ministry of Defence is discussing the eventual use of robotic swarms in combat— and Marker is definitely the platform to test that out,”  “At this point in military autonomy, a human can designate targets once they are identified,” says Bendett, “but once the computing speed and the levels of battlefield complexity multiply exponentially, I wonder how true Davydov’s statement will be.”

Making robotic soldiers comes with dangers as well, such as adhering to the laws of war and protections for civilians isn’t just an ethical challenge, it’s a coding challenge. It requires the military to prioritize positive target identification over the fastest possible response.