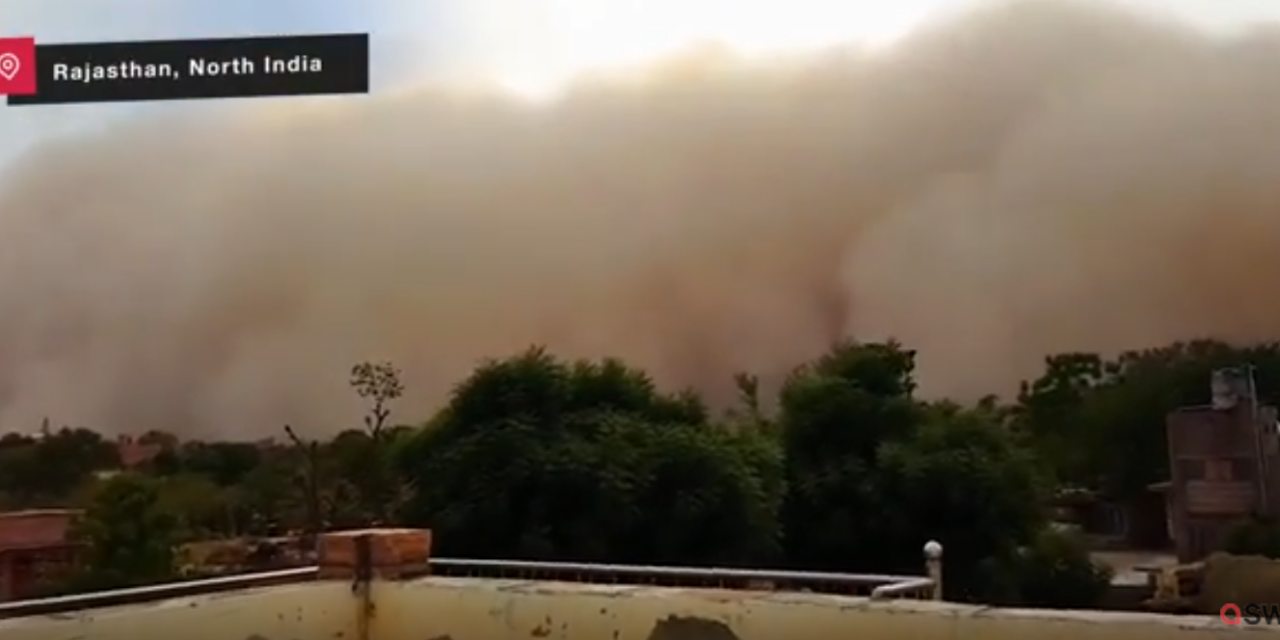 (ETH) – A terrifying and apocalyptic looking sandstorm was recently captured on video as it engulfed a town in northern India. Photographs of this event were published by South West News Service that shows portions of Rajasthan being engulfed by a gigantic wall of sand, dust, and debris, as temperatures reportedly topped 113 degrees.

The terrifying sandstorm reportedly reduced visibility across the area. The Dust storms reportedly obscured and damaged the Akshay Pol, the main gate of the historic Jaisalmer fort, according to SWNS.

In the video, you can see trees and houses simply be swallowed up and disappear behind the massive dust cloud. The sandstorm is said to have been so large it could be seen up to 230 miles away, the news agency reports. No causalities were reported, but the sandstorm did disrupt traffic.