A Society On The Brink Of Complete And Utter Chaos 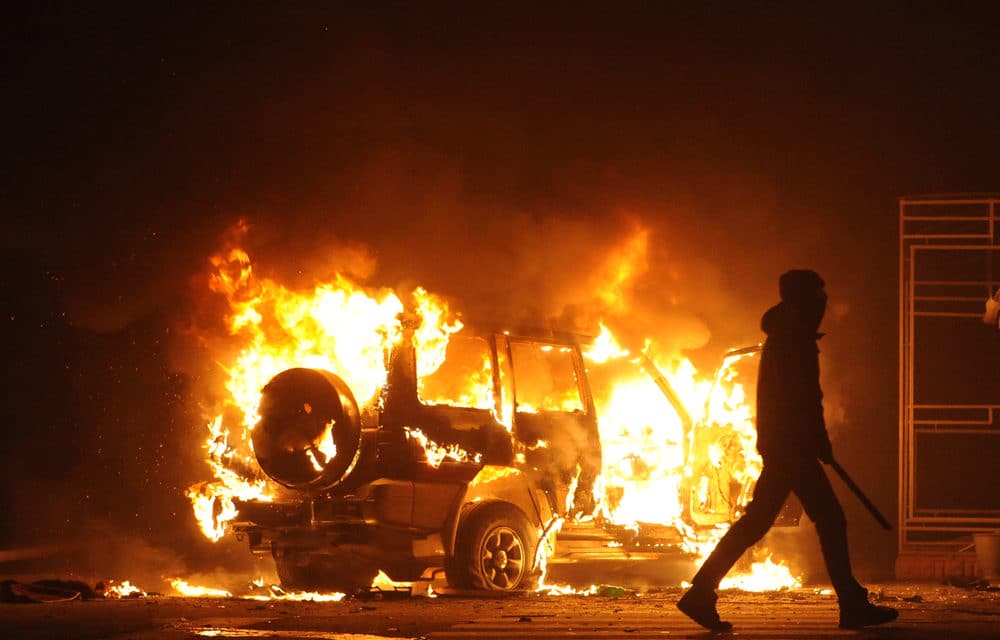 (OPINION) Michael Snyder – It is heartbreaking to watch the violence that is taking place on the streets of Minneapolis.  I have quite a few relatives that live in the Twin Cities area, and I have been there many times.  In the old days, it always felt so peaceful, but not anymore.  The tragic death of George Floyd has unleashed a massive wave of anger, and the riots have made headlines all over the globe.

Originally, many had anticipated that Thursday night would not be as violent as Wednesday night was, but that was not a safe assumption to make.  Around 10 o’clock, protesters stormed into the Minneapolis Police Department’s 3rd Precinct building and set it on fire…

Minneapolis is in the midst of a third night of unrest in the aftermath of George Floyd’s death, with protesters taking over the police department’s 3rd Precinct building late Thursday night. The break-in happened at about 10 p.m., with helicopter footage showing a large fire burning near the main entrance.

Police released a statement, saying in part, “in the interest of the safety of our personnel, the Minneapolis Police Department evacuated the 3rd Precinct of its staff. Protesters forcibly entered the building and have ignited several fires.”

As the building burned, fireworks were being shot into the sky in celebration. Of course, the violence that we witnessed the previous evening was quite alarming as well.  By the end of the night, rioters had torched and looted a number of prominent retail stores…

Videos also showed what was reported to be an apartment building entirely engulfed by flames as rioters stood and watched and the fire department was nowhere to be seen. I don’t think that any of us will ever forget watching a Target store being looted, and at this point, Target has decided to close all of their locations in the entire state “until further notice”. Overall, more than 50 buildings were burned down on Wednesday night, and one protester boldly declared that “the whole city can burn down”…READ MORE