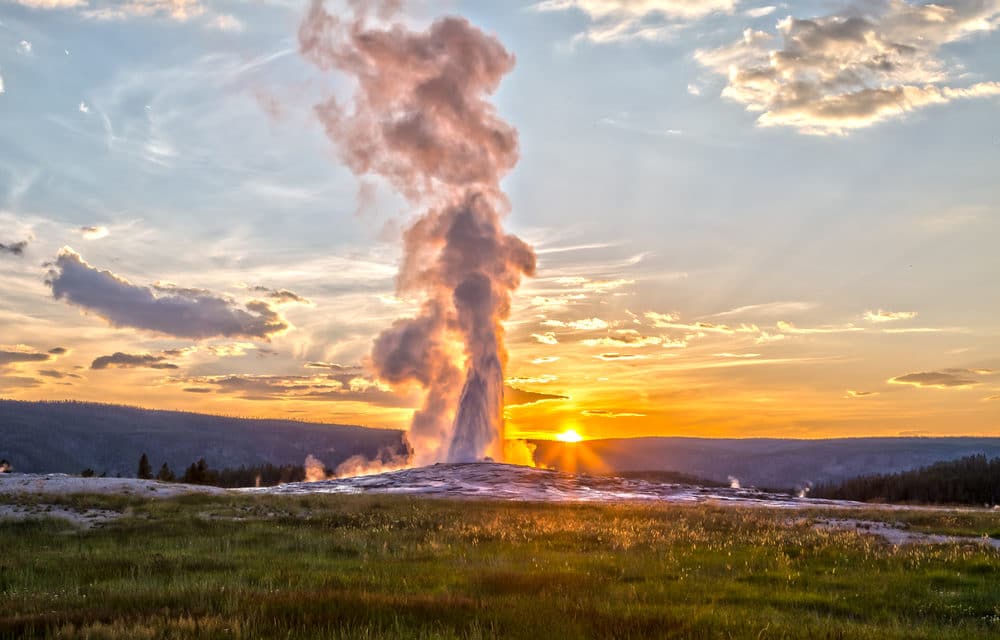 (ETH) – Scientists that study the Yellowstone volcano have been left puzzled by the ongoing activity at the Old Faithful geyser, with one scientist even stating the chilling claim that the supervolcano is due for another eruption. The Yellowstone caldera spreads beneath the states of Wyoming, Montana, and Idaho and received its nickname as a supervolcano due to its capability to produce devastation on a global level.

This volcano is under constant observation by the United States Geological Survey (USGS) for any signs or indicators that a supereruption may be eminent, Such an event has only occurred three times in history, 2.1 million years ago, 1.3 million years ago and 640,000 years ago, leaving some to claim a massive eruption is overdue. Scientists will even admit they do not fully understand what is going on below the Earth’s surface, but there is one mystery that continues to leave them baffled.– and that is the Old Faithful geyser.

According to a report from Express, History’s ‘The Unexplained’ documentary revealed why this cone geyser in Wyoming has left experts scratching their heads. The series said last week: “Yellowstone National Park – each year more than four million people travel from all over the world to experience its canyons, the hot springs, and other natural wonders.

“But the most wonderful site of them all is a geyser that shoots a jet of superheated water more than 150 feet into the air. “And it does so at such regular intervals that you can practically set your watch by it, which is why they call this geyser Old Faithful. “For centuries we thought of it as a mere tourist attraction, a quant example of mother nature, but what if we are wrong? What if it is providing a geological countdown to mankind’s extinction?”

An American theoretical physicist and futurist, Michio Kaku, leaves us with a very sobering thought. He states: “Yellowstone is famous for bears, for magnificent geysers, but underneath your feet, is a supervolcano at least 44 miles across.

“It’s a whole network of magma pools that could one day blow up and cause tremendous havoc. “It has happened three times in recorded history and we are due for another one, who knows when, maybe tomorrow, maybe 1000, 2000 years from now. “It will happen.”