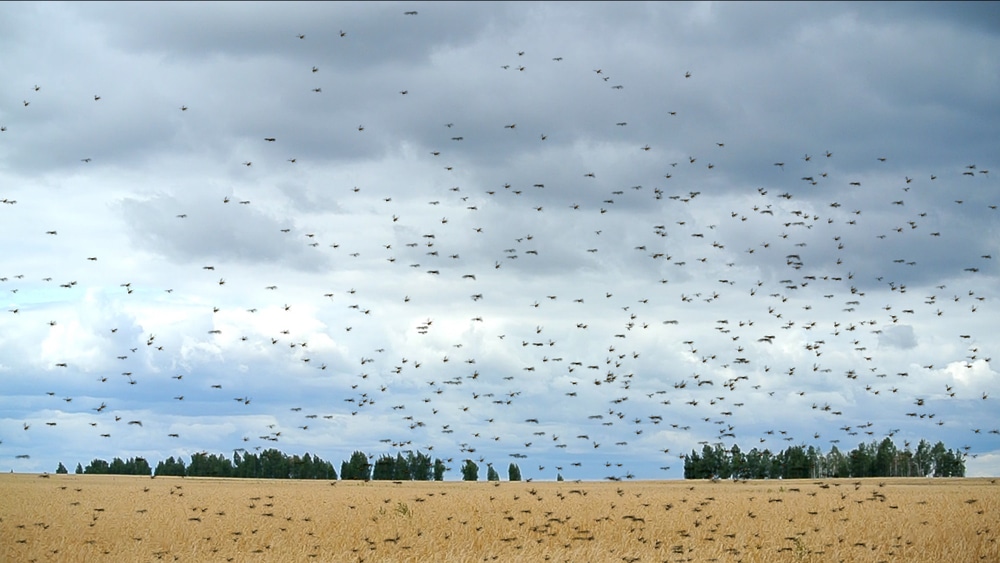 (ETH) – Millions of locusts continue to wreak havoc across East Africa and the Middle East in scenes described as “apocalyptic” Reports indicate that Swarms of the insects have descended on Oman with footage showing what looks like the floor moving after millions of the locusts started crawling across the streets.

The terrifying video taken by Dominic Abu Hanna shows a road covered in locusts. Locust swarms as large as 60km long have ravaged East Africa and the Middle East over the past few weeks, destroying crops in areas already severely damaged by food shortages.

Warm weather conditions have reportedly contributed to one of the largest plagues in history and the UN’s Food and Agriculture Organization (FAO) has requested $120million to help fight the threat. Meanwhile, the coronavirus pandemic is hindering the response with the delivery of pesticides and equipment being delayed.