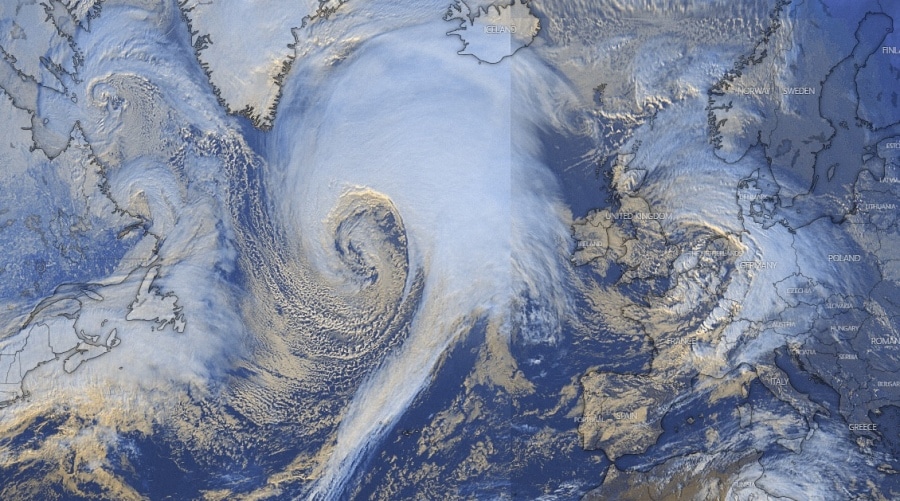 (Strange Sounds) – Storm Dennis has developed into a formidable “bomb cyclone” early Thursday.  It will bring dangerous winds and flooding to the already hard-hit UK and northern Europe this weekend just days after deadly Storm Ciara. After Storm Ciara, less than a week ago, Bomb Cyclone Storm Dennis will lead to another dose of power cuts and major travel disruptions in the UK and northern Europe. Dennis is now the fourth named windstorm of the season in Europe.

Dennis is also a Bomb Cyclone after its central pressure dropped 1.38 inches of mercury (46 MB) in 24 hours – from 29.4 to 28.1 inches of mercury (996 MB to 950 MB).  This incredible drop in pressure is almost two times greater than what is needed to be considered a ‘bombogenesis.’ And the explosive cyclogenesis seems to continue as the air pressure at the center of the storm is now around 935 mbar. That’s equivalent to a strong Category 3 Hurricane! READ MORE