Passover Lamb could be Sacrificed on Temple Mount for first Time in 2,000 Years 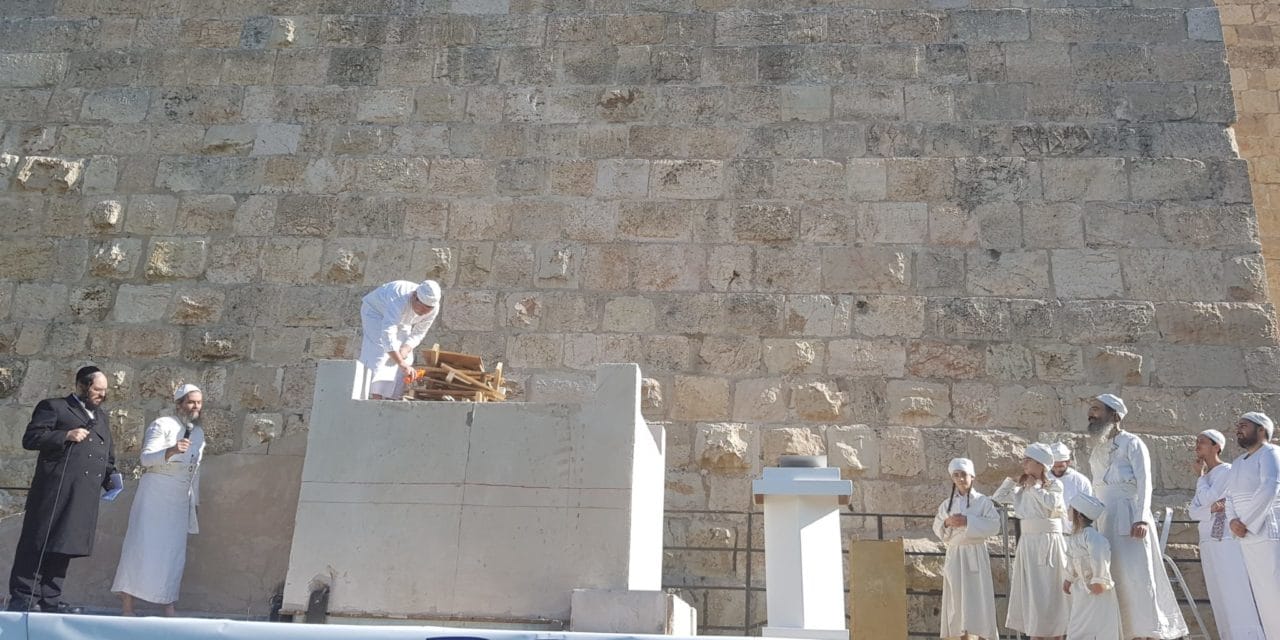 OPINION (ETH) – Recently we reported on how there has been an increase in activity in regards to the push for what many are beliving will be a future construction of a “Third Temple” in Jerusalem and today we are seeing yet another major step towards that.

As the result of the recent “Deal of the Century” Mideast peace plan, the Sanhedrin has petitioned the Israeli government, filing to receive permits that would allow priests to carry out the ritual of the Pesach (Passover) sacrifice that will be transported to the temple mount and removed immediately after the ceremony. This event would be the first time in 2000 years!

According to BIN, If the government grants the permits for this, as it should, based on Israeli and international law, this will be the first time since the destruction of the Second Temple that an altar has stood in its proper place on Judaism’s holiest site.  The report indicated that For the past eight years, the Sanhedrin has been conducting reenactments of the Temple service as what they are saying is a means of preparing for the actual reinstating of the service.

The reenactment of this Pesach offering has special significance among the Sanhedrin and the Jewish people as the commandment is of great importance. There are only two mitzvot (Biblical commandments) for which non-compliance receives the most severe punishment mandated by the Torah, karet (being cut off from the community, or excommunicated): brit milah (circumcision) and the korban Pesach (Passover sacrifice). FULL REPORT