The push for a Third Temple in Jerusalem is gaining momentum 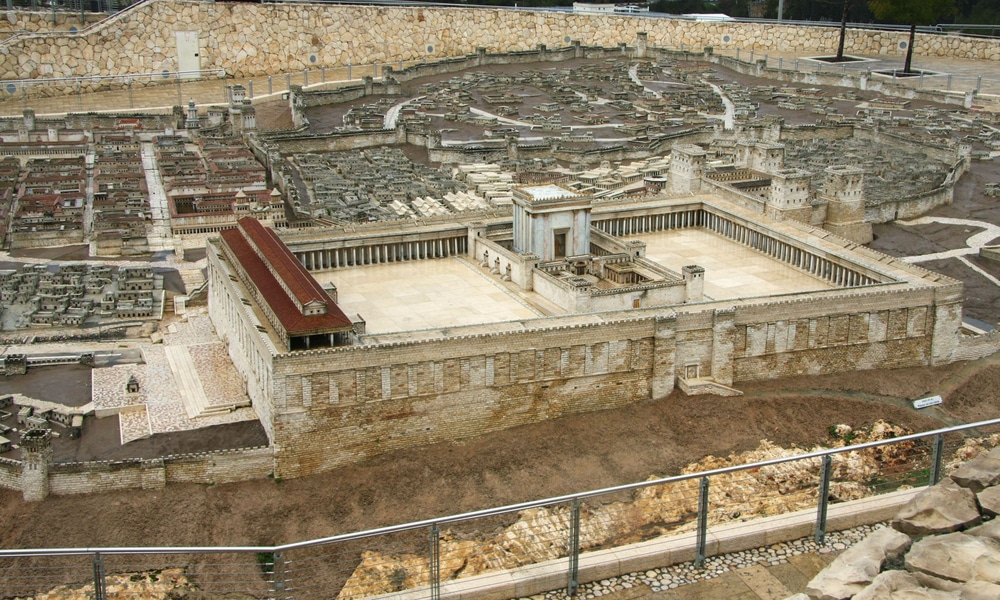 The Bible gives an account of both the construction and destruction of both the First and Second Temples and the passage above is believed by many to give credence of a future “third temple” that will be constructed in the end time and will be under control of the gentiles for 42 months. Many in Israel not only believe there will be a third temple in Jerusalem in the near future but have been preparing for it for years! and the following passage is one many will go to as well:

“Behold, days are coming,’ declares the LORD, ‘when I will fulfill the good word which I have spoken concerning the house of Israel and the house of Judah. In those days and at that time I will cause a righteous Branch of David to spring forth, and He shall execute justice and righteousness on the earth.
In those days Judah shall be saved, and Jerusalem shall dwell in safety; and this is the name by which she shall be called: the LORD is our righteousness.’ For thus says the LORD, ‘David shall never lack a man to sit on the throne of the house of Israel; and the Levitical priests shall never lack a man before Me to offer burnt offerings, to burn grain offerings, and to prepare sacrifices continually.” – Jeremiah 33:14–18, NASB

According to Jewish voice: “This passage speaks about the Messianic Age when all Israel will be saved and restored to the Land of Israel. At that time, a righteous descendant of David, the Messiah, will sit on the throne in Jerusalem, and the Temple will again stand complete with its Levitical priesthood.”

Since 1987, the Temple Movement has begun preparations for the rebuilding of this Third Temple in Israel and, efforts to see this become a reality in the 21st century have been picking up pace. The Orthodox Jews have revived the Sanhedrin, which is the religious body that supervised the legal issues and responsibilities related to the Temple in the Old Testament and who intend to see it rebuilt in our lifetime.

This organization has been ongoing with preparing the Israeli society to accept and promote the rebuilding of the Temple through demonstrations at the Temple site, the construction of a cornerstone for the Third Temple, and the making of various Temple-related utensils. Even the preparation and purpose of the Red Heifer is being prepared for the third temple as described in Numbers 19 as this service depends on the presence of water mixed with Red Heifer ash for the temple and in 2018 the headlines that shook the world of Bible Prophecy enthusiasts came to fruition when the news was reported that a red heifer had been born in Israel for the first time in 2000 years!

Since the beginning of 2020 we have seen the further push for this third temple among many in Israel. Dr. Minnes who served in the IDF Intelligence Corps and the Shin Bet, Israel’s internal security service also known as the Shabak came out recently and claimed that Donald Trump’s recent “Deal of the Century” Mideast peace plan echoes that of Persian King Cyrus’’ decree that paved the way for the Jews to build the Second Temple almost 2,000 years ago. stating: “The Trump statement is the declaration of Cyrus of our days,” and then there was a recent story where a Palestinian expert came forward on a television broadcast in the media claiming that Israel is “Building the Third Temple Under the Aqsa Mosque” and then there was a recent speech at the Kohelet Policy Forum in Israel, by Prime Minister Benjamin Netanyahu where a Rabbi reportedly interrupted Netanyahu’s speech to remind him of the importance of Building the future Third Temple in Jerusalem.

Meanwhile, Five years ago, the Sanhedrin in Israel began planting in preparation for the needs of the future third Temple that would be built when they planted 30 pomegranate trees. According to BIN, “The Sanhedrin began planting trees and vineyards five years ago. But, until this day, they were unable to utilize the fruits. For the first three years of their growth, grapevines or fruit trees planted in Israel are categorized as orla (ערלה, literally ‘uncircumcised’ and it is prohibited to eat the fruit.

When the Temple stood, the fruit of the fourth year was considered neat revai (נטע רבעי) and had to be brought to be eaten in Jerusalem. Fruit that is grown in the fifth year was permitted to be eaten in a normal manner. This commandment is still observed in Israel today even though there is no Temple standing in Jerusalem.” On Tuesday, the day after the holiday of  Tu Beshvat, the fruit from the first trees and grapevines planted by the Sanhedrin will be fit to be used in the Temple.”

One thing is for certain, it appears that we are seeing prophetic events accelerating like never before and the closer we get to the fulfillment of scripture we will begin to see Israel and Jerusalem become the center focal point of world news and events! The Prophet Zechariah said: