‘In America, We Don’t Punish Prayer’: President Trump’s Vigorous Defense of Religious Liberty During the State of the Union Speech 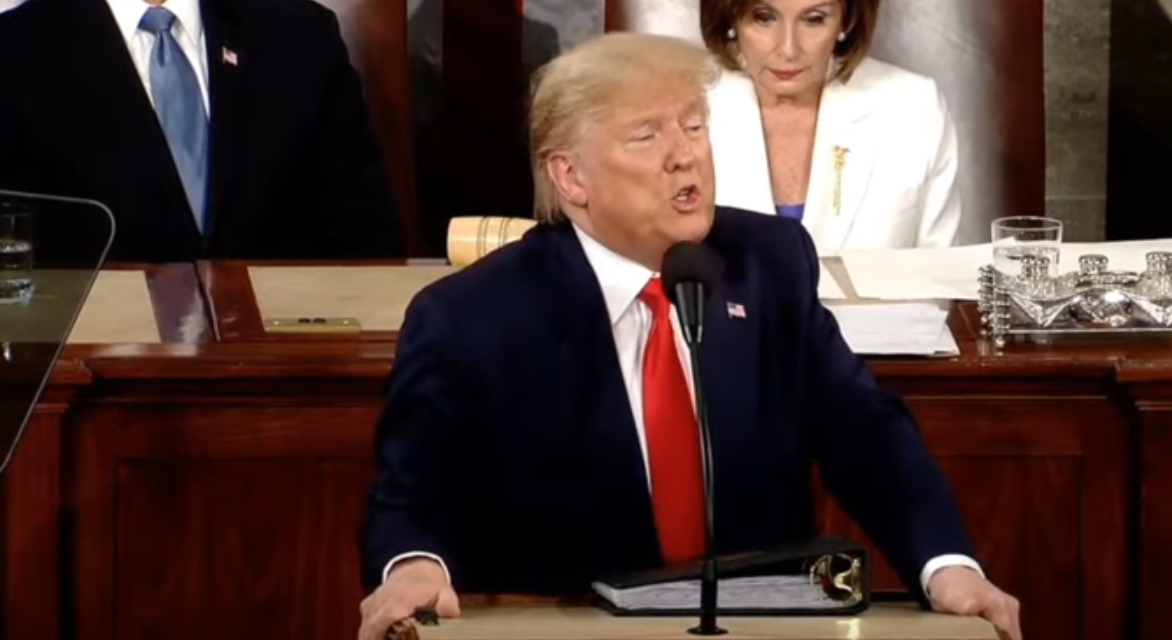 (FaithWire) – While some of the more petty actions from last night’s State of the Union address have grabbed most of the headlines, there were other more substantive moments that have received less attention. One brief yet powerful moment, in particular, was when President Trump affirmed prayer and faith as an important aspect of our culture.

“My administration is also defending religious liberty, and that includes the constitutional right to pray in public schools,” Trump said to applause. “In America, we don’t punish prayer. We don’t tear down crosses. We don’t ban symbols of faith. We don’t muzzle preachers and pastors. In America, we celebrate faith, we cherish religion, we lift our voices in prayer, and we raise our sights to the Glory of God.” While brief, these were important words from the President.

Christian values are regularly targeted in America today and labeled as “hate” when they don’t align with secular society.   Two areas of major focus for those opposing Christian beliefs include prayer and faith on public property and same-sex marriage. Expressing your faith at school or other government office is under intense scrutiny, while simply stating the Christian belief that marriage is between a man and a woman often results in a conflict of some sort. READ MORE