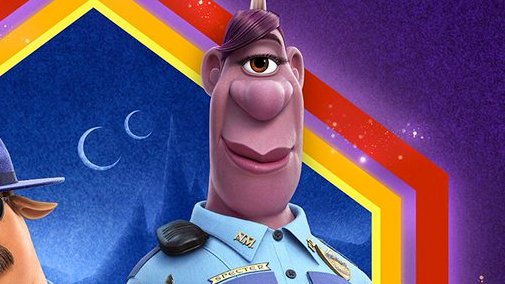 (ETH) – A new animated film by Disney called “Onward” will introduce the first “self-identified lesbian character” into the Disney-Pixar industry. The character’s name is Officer Specter, and she’s a Cyclops police officer that is voiced by openly gay screenwriter and actress Lena Waithe.

According to a report from Yahoo, While Specter’s inclusion in Onward is a major first for Disney, it’s treated almost matter-of-factly in the movie itself, which the filmmakers say is by design. “It just kind of happened,” Onward producer Kori Rae tells Yahoo Entertainment. “The scene, when we wrote it, was kind of fitting and it opens up the world a little bit, and that’s what we wanted.” Adds director Dan Scanlon, “It’s a modern fantasy world and we want to represent the modern world.”

Specter only appears in one scene in Onward, which opens in theaters on March 6, but her role is vital to the emotional arc of the story. Written by Scanlon, Jason Headley and Keith Bunin, the film takes places in a magical universe whose fantastical citizens — think elves, dragons and manticores — have lost their connection to the magical arts. Onward’s heroes are two elven brothers, Ian and Barley (Tom Holland and Chris Pratt), who lost their father at a young age before either had a chance to properly say goodbye. On Ian’s 16th birthday, their mother (Julia Louis-Dreyfus) hands them a present left behind by dearly departed dad, which turns out to be a 24-hour resurrection spell. MORE