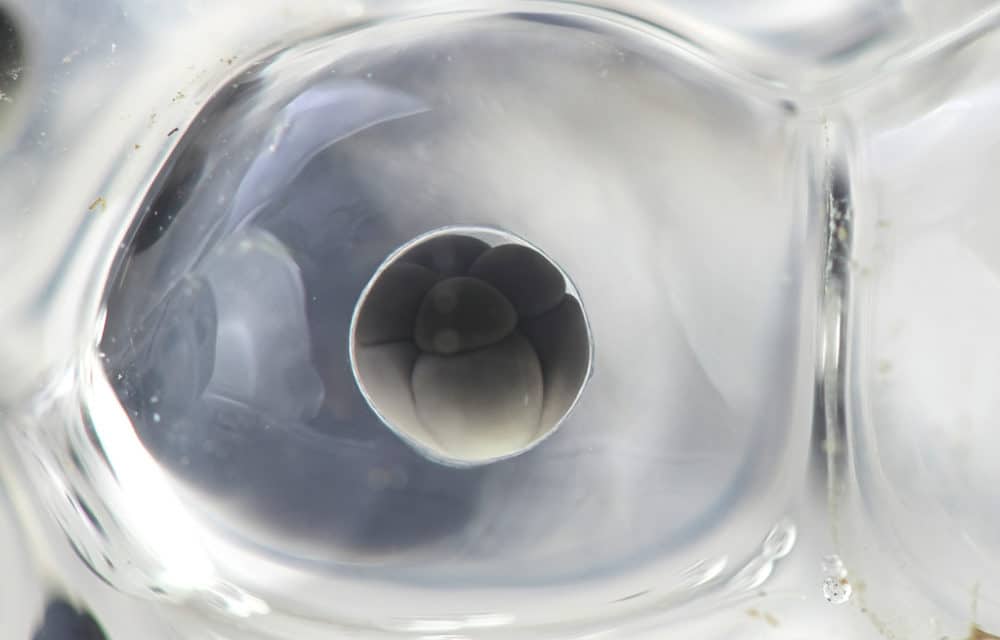 (The Guardian) – Be warned. If the rise of the robots comes to pass, the apocalypse may be a more squelchy affair than science fiction writers have prepared us for. Researchers in the US have created the first living machines by assembling cells from African clawed frogs into tiny robots that move around under their own steam.

One of the most successful creations has two stumpy legs that propel it along on its “chest”. Another has a hole in the middle that researchers turned into a pouch so it could shimmy around with miniature payloads. “These are entirely new lifeforms. They have never before existed on Earth,” said Michael Levin, the director of the Allen Discovery Center at Tufts University in Medford, Massachusetts. “They are living, programmable organisms.”

Roboticists tend to favor metal and plastic for their strength and durability, but Levin and his colleagues see benefits in making robots from biological tissues. When damaged, living robots can heal their wounds, and once their task is done they fall apart, just as natural organisms decay when they die. FULL REPORT