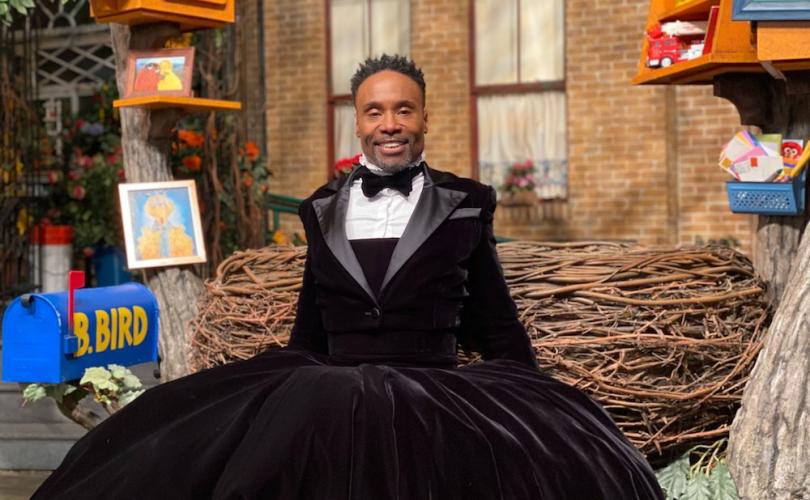 OPINION (Lifesite News) – Bert and Ernie may not be a same-sex couple, but the long-running children’s franchise Sesame Street is about to get an infusion of LGBT “vibes” with an upcoming guest appearance by actor and LGBT activist Billy Porter. Porter, best known as Pray Tell in the FX’s LGBT ballroom drama Pose and for wearing extravagant dresses, will appear during the 51st season of the beloved children’s show, according to Sesame Street’s official Facebook page.

“Billy Porter bringing those fierce vibes to Sesame Street,” the post declares, accompanied by photos of Porter on the classic set, wearing a tuxedo gown. Comments on the post were largely positive, though some readers expressed concern. “That is pushing [too] much at little children, it makes no sense, kids have [too] much on their little plates as it is,” one said.

“Why add more?” “Sesame Street is for children. And diversity should be taught at a child-appropriate level. A man in a dress is not child appropriate, in fact, it can be confusing,” another argued. “While striving to teach to ‘be yourself’ you’re teaching boys who are masculine that it’s not ok for them to be masculine.” READ MORE

A non-profit Internet service dedicated to issues of culture, life, and family. It was launched in September 1997. LifeSiteNews Daily News reports and information pages are used by numerous organizations and publications, educators, professionals and political, religious and life and family organization leaders and grassroots people across North America and internationally.