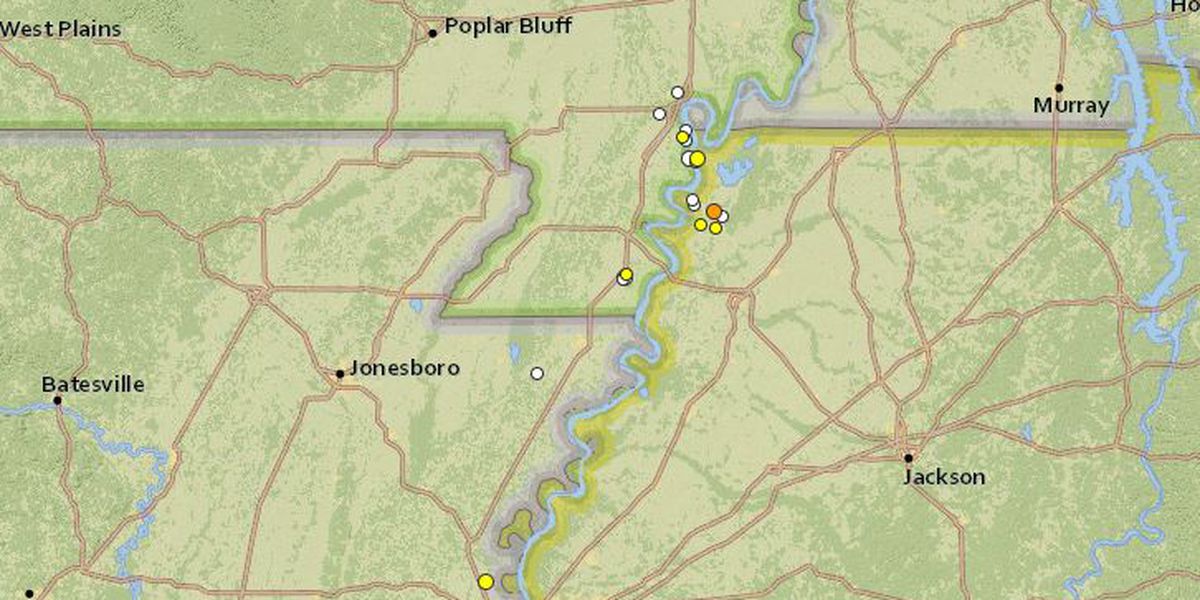 KAIT – In the last two weeks, the U.S. Geological Survey recorded 20 earthquakes along the New Madrid fault line. The latest quake, measuring 2.2 magnitude, happened around 3:30 p.m. Sunday. It was located about 2 miles east-northeast of Ridgely, Tenn.,

and 33 miles east of Kennett, Mo. According to the USGS, it had a depth of 5.4 kilometers (3.35 miles). It is the 20th earthquake in two weeks recorded along the New Madrid seismic zone, which the USGS calls the “most seismically active in North America east of the Rockies.” READ MORE