Asteroid flyby one of the closest near misses ever seen… 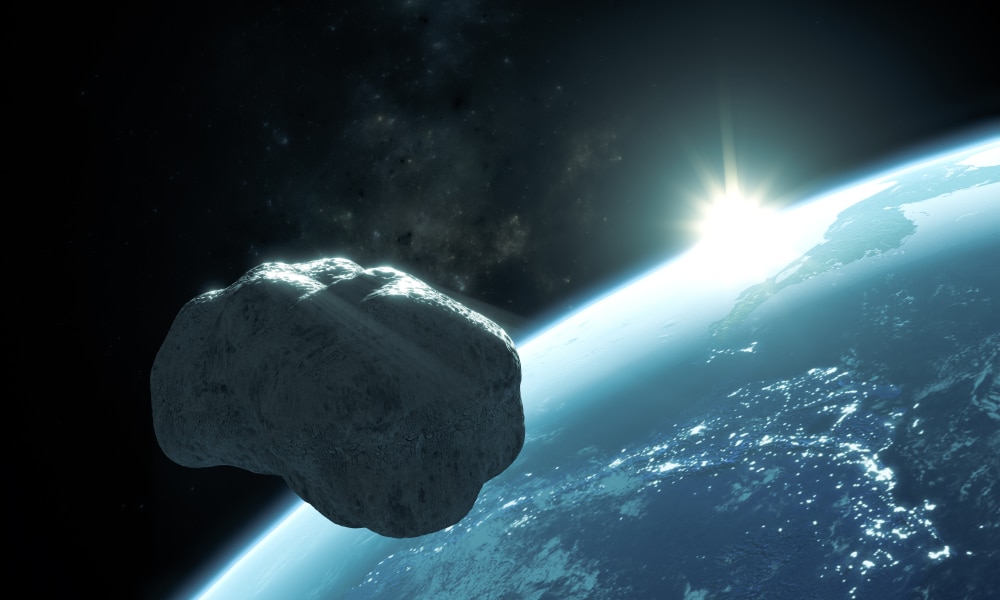 (Cnet) – A near-Earth asteroid currently identified as C0PPEV1 was spotted in the early morning hours Thursday by the Catalina Sky Survey, based in Arizona, and shortly thereafter by New Mexico’s Magdalena Ridge Observatory and Arizona’s Mt. Lemmon Steward Observatory. According to data from these early observations, the asteroid came closer to the surface of our planet (without actually colliding with our atmosphere) than any other close approach in NASA’s database of known near-Earth objects.

Simulations show the asteroid passing above southern Africa within 3,852 miles (6,200 km) at the moment of closest approach, around 7:45 a.m. PT. To get an idea of how close this is, consider that many telecommunications satellites orbit at an altitude of 22,236 miles (35,786 km). Of course, some asteroids come closer and actually impact our planet, like the previously unseen bolide that exploded as it smacked into the atmosphere over Russia in 2013. A much smaller asteroid also collided with the atmosphere last year and burned up, leaving little bits of meteorites that are thought to have fallen over Africa. READ MORE