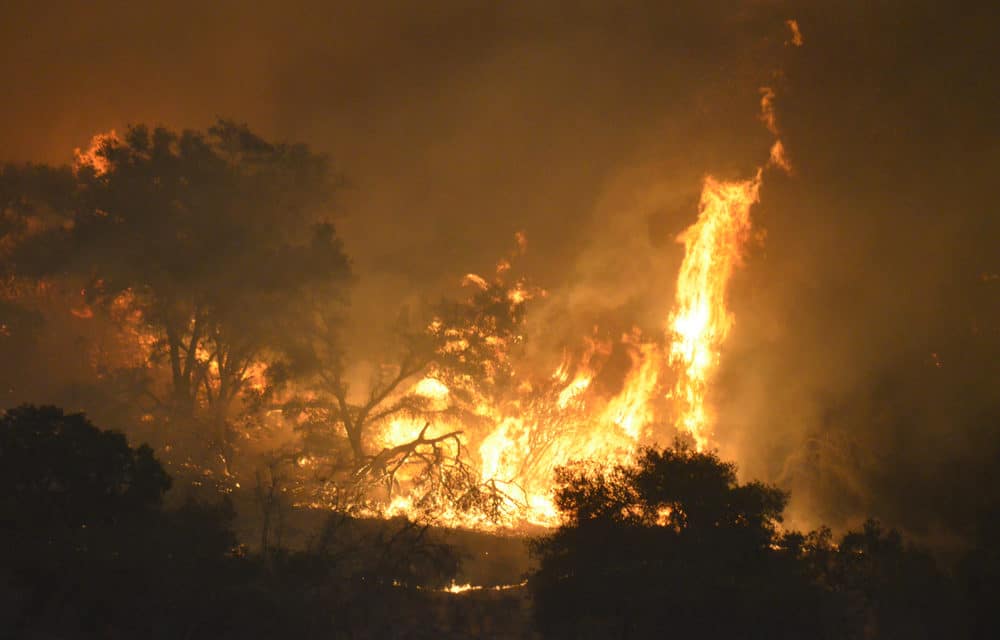 (NBC) – A wind-whipped wildfire in the San Fernando Valley grew to over 4,000 acres overnight, hours after a blaze in neighboring Riverside County tore through a mobile home park. Mandatory evacuations were ordered in the San Fernando Valley, parts of major highways were shut down and at least 10 schools were closed Friday. In the earlier blaze Thursday, 74 structures were destroyed and 16 others were damaged in Calimesa in Riverside County,

about 70 miles east of Los Angeles, officials said. Hours later, the fire in Los Angeles started in Sylmar in the San Fernando Valley north of downtown. The Los Angeles Fire Department said the so-called Saddleridge Brush Fire grew from 60 acres to over 4,000 acres. By early Friday morning, large swaths of the valley that have about 12,700 homes were ordered to evacuate, including the affluent Porter Ranch neighborhood and parts of Sylmar. About 100,000 people live in the areas under mandatory evacuation, according to the Los Angeles Times. READ MORE