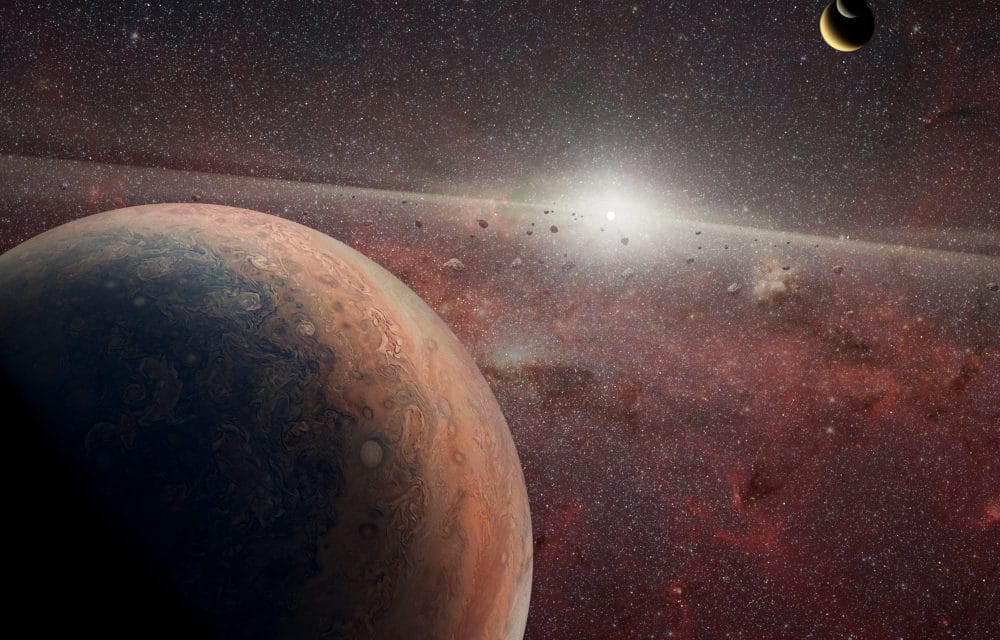 (NBC) – In a major first, scientists have detected water vapor and possibly even liquid water clouds that rain in the atmosphere of a strange exoplanet that lies in the habitable zone of its host star about 110 light-years from Earth. A new study focuses on K2-18 b, an exoplanet discovered in 2015, orbits a red dwarf star close enough to receive about the same amount of radiation from its star as Earth does from our sun. Previously, scientists have discovered gas giants that have water vapor in their atmospheres, but this is

the least massive planet ever to have water vapor detected in its atmosphere. This new paper even goes so far as to suggest that the planet hosts clouds that rain liquid water. “The water vapor detection was quite clear to us relatively early on,” lead author Björn Benneke, a professor at the Institute for Research on Exoplanets at the Université de Montréal, told Space.com in an interview. So he and his colleagues developed new analysis techniques to provide evidence that clouds made up of liquid water droplets likely exist on K2-18 b. READ MORE