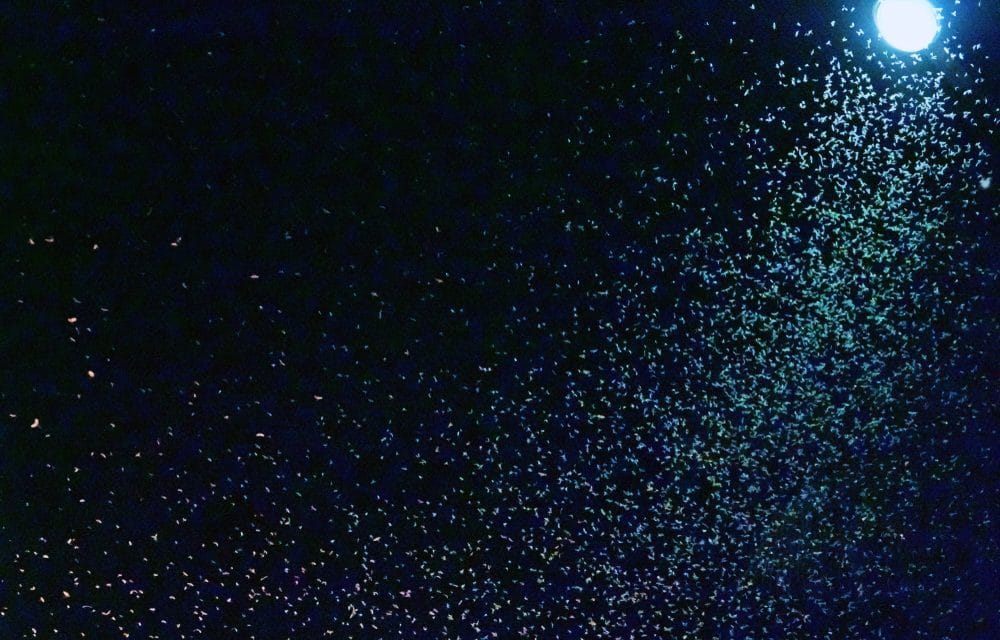 (Fox 2 Now) – Swarms of mayflies have emerged from underwater along the Missouri River and are caking drivers’ windshields. The Omaha World-Herald reports mayflies spend 99% of their lives in water, but they rise above when they become winged adults to take part in a mating swarm. They quickly die after that. But their mating season is a nuisance. Pam Rana, a membership specialist for the Nebraska City Tourism

and Commerce Department blames the flooding for stirring up the mayflies. Dominator Fuel in Rock Port, Missouri, sold out of windshield wiper fluid in light of the mayflies’ arrival. Andrew Wagner, who works in Hamburg, Iowa, says covered windshields so much that drivers couldn’t see where they were going. READ MORE

A Fox-affiliated television station licensed to St. Louis, Missouri, United States. The station is owned by the Tribune Broadcasting subsidiary of the Tribune Media Company, as part of a duopoly with CW affiliate KPLR-TV.