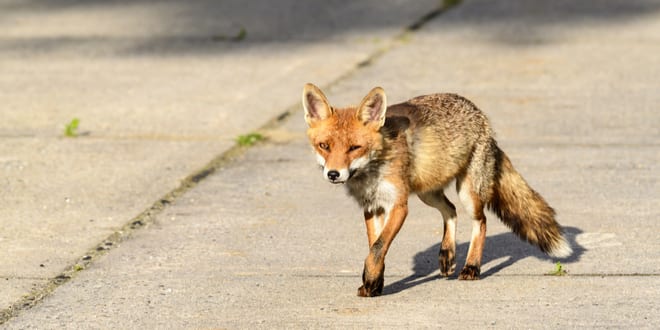 OPINION (BIN) – In a graphic materialization of the prophecy in Zechariah as explained in the Talmud, foxes are now being seen playing at the Temple Mount. It was reported in The Yeshiva World that visitors to the area have observed the group of about a dozen foxes in the southwestern area of the Western Wall for the last three days in the early hours of the day. This precise scenario was discussed in the Talmud (Makkot 24b). Rabban Gamliel, Rabbi Elazar ben Azaria, Rabbi Joshua and Rabbi Akiva went up to Jerusalem. When

they reached the Temple Mount, they saw a fox emerging from the place of the Holy of Holies. The others started weeping but Rabbi Akiva laughed. Rabbi Akiva asked the rabbis why they cried and they explained that to see a wild animal in such a holy place, a place which was forbidden to unfit men, was distressing. Rabbi Akiva explained that was precisely the reason he laughed. He explained that the fact that the prophecy of Uriah related by the Prophet Micah had come to be was proof that the prophecy of Zechariah would also come to be. The Prophet Micah described the total destruction of Jerusalem. READ MORE