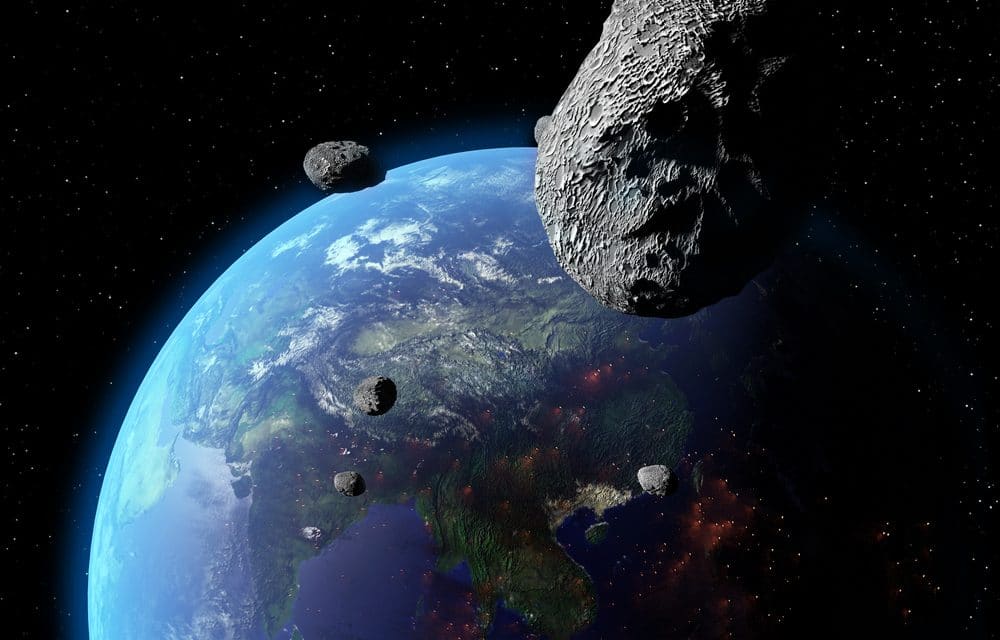 (LMT) – Alan Duffy was confused. On Thursday, the astronomer’s phone was suddenly flooded with calls from reporters wanting to know about a large asteroid that had just whizzed past Earth, and he couldn’t figure out “why everyone was so alarmed.” “I thought everyone was getting worried about something we knew was coming,” Duffy, who is also a lead scientist at the Royal Institution of Australia, told The Washington Post. Forecasts had already predicted that a couple of asteroids would be passing relatively close to Earth this week.

Then he looked up the details of the hunk of space rock named Asteroid 2019 OK. “I was stunned,” he said. “This was a true shock.” This asteroid wasn’t one that scientists had been tracking and it had seemingly appeared from “out of nowhere,” Michael Brown, a Melbourne-based observational astronomer, told The Post. According to data from NASA, the craggy rock was large, roughly 110 yards wide, and moving quickly along a path that brought it within about 45,360 miles of Earth. That’s about one-fifth of the distance to the moon and what Duffy considers “uncomfortably close.” READ MORE