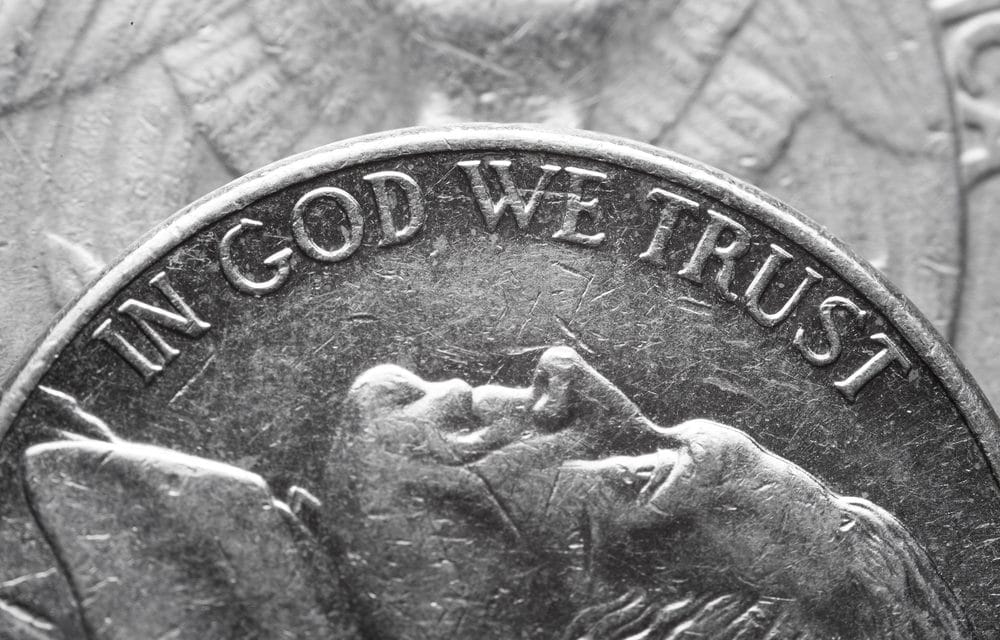 (CBS) – A new law in South Dakota now requires all public schools across the state to feature the “In God We Trust” motto on display. Students returning to school this fall will be greeted by the message, which supporters say is meant to “inspire patriotism.” Gov. Kristi Noem signed the law in March, and it went into effect this month. The law requires that the message is prominently displayed in all 149 South  Dakota school districts on the first day of classes this year. “Some have plaques, others have it painted on

the wall, maybe in a mural setting,” Associated School Boards of South Dakota executive director Wade Pogany said, describing how schools plan to implement the new law. The display of the quote is required to be at least 12 inches by 12 inches in size. In one school “it was within their freedom wall. They added that to a patriotic theme,” he said. The Freedom From Religion Foundation has condemned the law, calling it part of a “stealth campaign” to inject religion into state legislation. “The motto ‘In God We Trust’ is inaccurate, exclusionary, and aimed at brainwashing American schoolchildren into believing that our nation is a theocracy,” the organization said in a news release Thursday. READ MORE