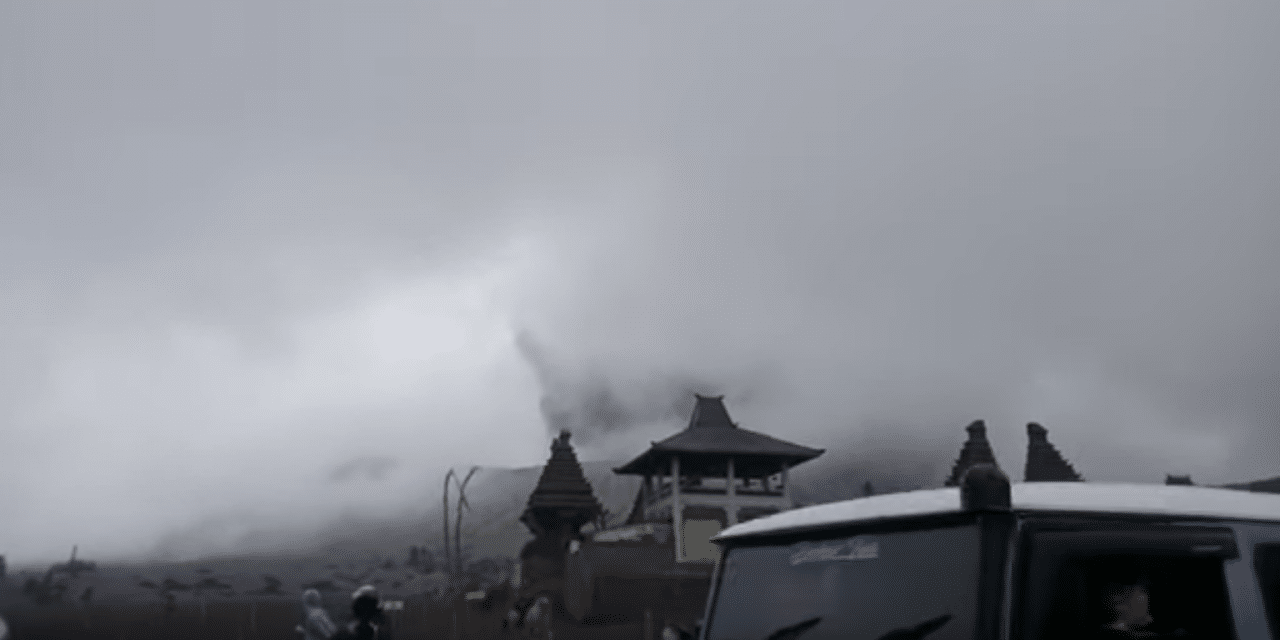 (The Watchers) – A new eruption has been reported at Mount Bromo, Indonesia lasting 7 minutes and 14 seconds and triggering panic among residents. Ashfall was reported in two areas of Malang Regency, including Gubuklkah located 14 km (8.7 miles) where residents also reported sulfur smell. The height of the ash column was not observed due to the meteorological cloud. Tourists and residents of the village Ngadas

reported a ‘cold lava’ or ‘lahars’ hit their village at around 17:00 local time. PVMBG said it’s an ordinary natural phenomenon not directly related to the eruption. The floods are caused by rain that falls around the Tengger Caldera and the summit of Bromo, as well as eruptions that produce volcanic ash. In addition, the morphology of the Tengger caldera is a low topography surrounded by hills, so that in case of rain, the flow of water moves down the caldera, Bernard Duyck of Earth of Fire noted. READ MORE